Money: The Root To Evil 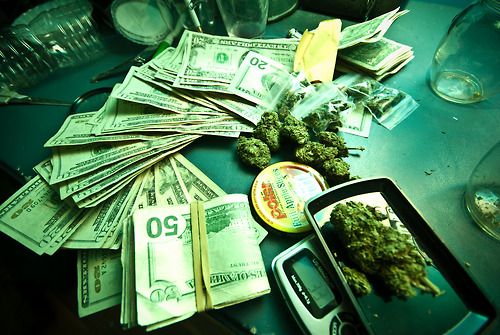 Hole in My Life  is a book about a young guy who is in real need of money.  Living abroad for part of his childhood, Gantos learned how to navigate the world his own way. His lack of focus and his partying nature left him without a permanent home. He used his job as the grocery store cashier to afford a room at the King’s Court motel where he lived for the rest of his senior year. He struggled a bit but got through it. As time went he met a friend named Tim. Tim and he started abusing marijuana a lot. They even started talking about selling drugs so Jack could get money to go to college.  Jack felt motivated to sell drugs and gave Tim 200 dollars of his share, but Tim just randomly disappeared.  Gantos decided to drive his way across Florida, stopping at all the successful  writer’s homes, hoping to be inspired, and finally rejoined his family in St. Croix. St. Croix, at the time, was a gold mine. In other words, drugs were readily available. He would  do anything to get cash in his hands.He loves to write about adventures. As he gets older he starts to realize that he needs money for his dream. He wanted to go to college. One day he got an offer he could not resist. The offer was for about 10,000 dollars. He had to help crew a boat loaded with drugs from where he lives to New York City. His shipmate, Hamilton, was a strange man, and made difficult company on the trip. Gantos learned a lot about the sea and sailing on his way up to his destination, but several times, things occurred that made him scared for his safety, and his freedom. Once he reach New York they sold the product to Rik and soon after Gantos was approached by the FBI. Gantos was trialed at New York, and was sentenced to sixty days to 6 years, depending on his behavior. In prison, Gantos saw a lot of violence, but he realized that the inspiration he needed for his writing had always been circling him, if he had just taken the time to look he would have never got to this situation.

I feel bad for Gantos. Jack must  have felt trapped with no way out. He really needed the money for him to pursue his dream of writing. If I was in his position I would of made the same mistake. Easy money is also dirty money and dirty money does not lead to a good things. When the offer of 10,000 dollars showed up and you are in need you cannot say no. He knows it’s wrong but he needs it. Money makes you do anything and sometimes people do not even realize it. Money makes the world go around. The job Gantos was offered seemed really easy. A little too easy. He had to transport drugs on a boat to another place. I would have fell for it also. I would have been scared and excited also. 10,000 dollars could really help someone. After he got caught he went to jail. Federal prison in other words. There he experienced a lot of violence. While in jail Jack had an opportunity to break out but he just stayed. I agree with his choice because he would’ve just gotten more trouble. I and Jack think alike. I would have done exactly what he did in jail, relax, mind my own, business, and not worry about anything. He basically just focused on himself.

I had a friend  who got caught with heroin about a year ago. He got caught with 1100 bags of it. A bag of heroin normally costs 8 dollars, multiply that by 1100 and that would add up to 8800 dollars. He is currently a felon and is serving about 6-7 years in federal prison. He was the same age as Gantos. This impacts society because drugs are bad and ruin everything.  Dirty money does not last forever. Drugs ruin people’s lives and destroy families. I have a friend who is addicted to heroin and he is 26. He looks like a walking skeleton. The drug just slowly takes your soul. Heroin is addictive because if you do not take it one day you feel sick. You throw up, headaches, vomit, and a lot more. In the end, it eventually kills you. Your body just gives up. You need it to survive, and at the same time it kills you. I learned from Jack’s mistakes and my friends mistakes, and I have seen what drugs can do to people.