Monkeys cloned in China, what does this mean for the future? 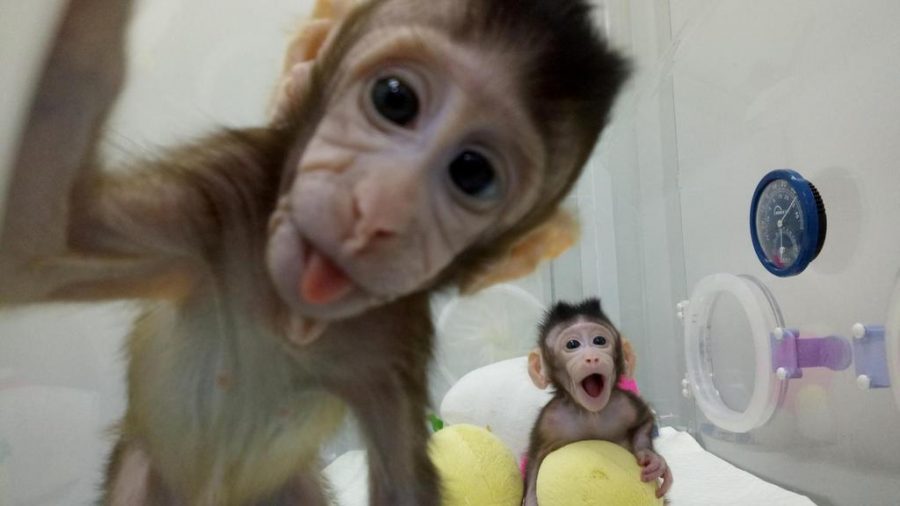 Using a tweaked version of the same technique that was used to clone Dolly the sheep in 1996 called Somatic Cell Transfer (SCNT), scientists in China were successfully able to create two identical long-tailed macaques named Zhong Zhong and Hua Hua. SCNT has been successful in creating other animals such as frogs, mice and even dogs, but this is the first time it has been used to create a primate.

Since humans are also primates this sparks some ethical debates as this opens the door for humans being cloned using the modified SCNT. The Scientists that made Zhong Zhong, and Hua Hua have stated they have no plans for cloning humans but that doesn’t mean that someone else won’t use the same method and do it themselves. What the scientists do plan on doing is using lab-created monkeys, which they can make genetically uniform, in order to study human genetic diseases as these monkeys are the closest thing genetically to humans that have been cloned.

This is a double-edged sword because while it will be great for the future of studying diseases and hopefully curing some, this opens the door for some things such as human cloning or creating humans with entirely synthesized genomes. I expect this to lead to a similar ethical debate as one that already arose with CRISPR.  This shows the conflict of values concerning life and scientific property. It also brings up the issue of government regulation and authority.  Just because science tells us we have the power to do something does that also mean that we have the authority?  Where do we draw the line of public or private morality when it comes to life issues?