The Republican runner up for president is stating that if he is elected he will be open to the use of waterboarding which was banned back in 2009. Trump’s point of view on how to “make America great” is very unrealistic. Mainly, because of the way he wants to set his points or even his issues always involves the use of excessive authoritarian power. A lot that Trump is stating is very unnecessary.

After a few days in office, current President  Barack Obama banned the use of waterboarding and could not be anymore clear about how he felt about it. He said it should not have to got to that extreme to get information off another human. Ted Cruz from Texas said it was okay for government officials to use that technique to get information out of a suspected terrorist all for the protecting of the people of their country. This shows a real contrast between the Democrats and Republicans when it comes to the war on terror.

Do you really want to be known as the person from the country where they waterboard?  America; the great country that tortures in order to “stop terror”? Even though it might be for a good cause that should not have to be the result.  There are other methods of getting information out. Maybe just simply terminate their connection with the outside world until they come to their senses and see if it is really worth it. Yes, even though they could be a terrorist or whatever, they are still a human.

Either way the whole point is waterboarding should just not even be a topic going through Congress again.  Even the CIA is not happy about the idea as the main director of the CIA said himself he was not going to do waterboarding no matter who was the president. Standing up to the potential Chief Executive when his or her decisions are morally wrong takes courage and earns respect.

for more information regarding this article go to http://www.nbcnews.com/news/us-news/director-brennan-cia-won-t-waterboard-again-even-if-ordered-n553756 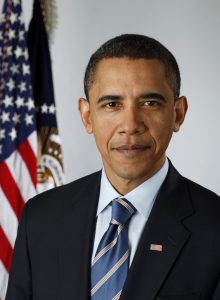