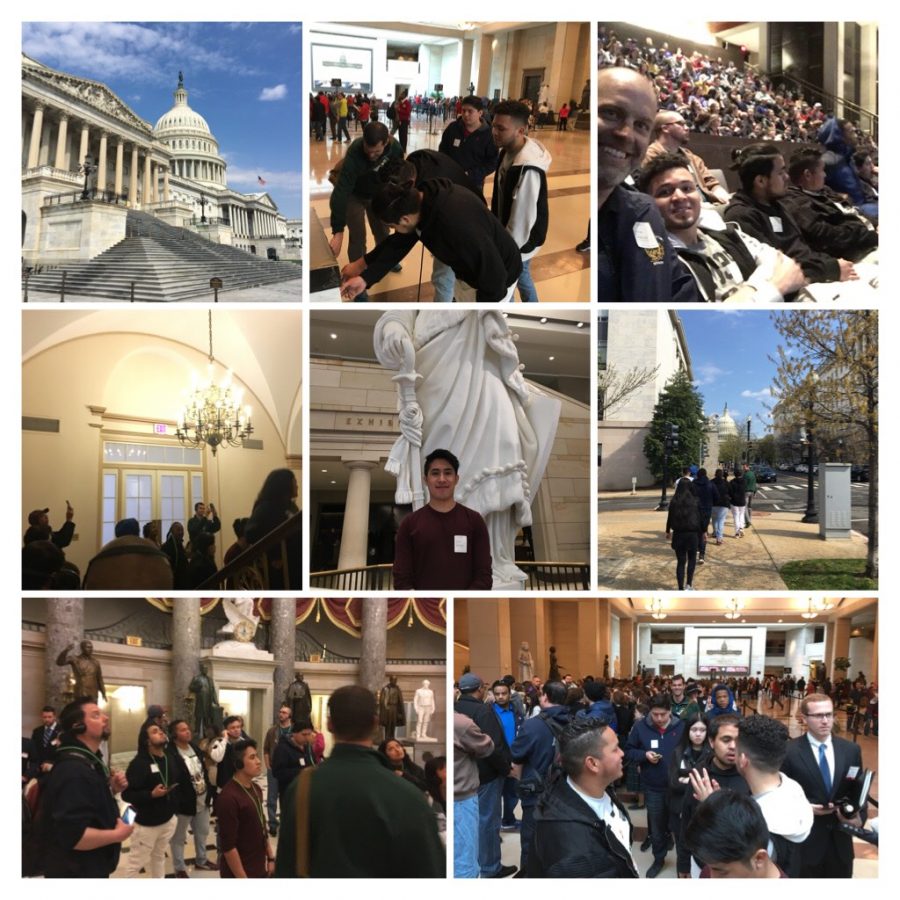 On April 19, 2018, 10 members of the Mountain View family went to Capitol Hill. This field trip was sponsored by Congresswoman Barbara Comstock who wanted to honor and recognize the work of one of our classmates.  Although we couldn’t personally meet her during our adventure, this was a great experience.   We will still follow up with her on the issues that we care about.  We had hoped to discuss our concerns about the Environment, School safety and the status of Dreamer immigrants seeking a better life through education.  While we were disappointed that the Congress woman could not give us a better welcome or a listening ear we still learned from the experience. Below are some of the voices of students who participated.

Going on the field trip, I was anticipating a more private program dedicated to our fellow student, that would involve a professional meeting.

When we arrived at the Capitol, I was not expecting other people to be there as well, waiting in line. I felt as if I was standing in front of a theatre entrance. After we went through the security, and got into the main building, I was surprised to see countless other groups of people that were way beyond our number of people, which makes me think of the last few weeks in which we were desperately trying to get the inviter’s allowance to bring in fifteen students.

I was always holding the belief that nobody is allowed to get into the Capitol, unless he or she has an official invitation. Realizing that even the House and the Senate are accessible to everyone, where visitors could observe their senators and representatives working, was totally new to me because these people have always appeared so far away and unreachable. But this is so not true.

When we got to Washington D.C we walked for a while to get to the U.S. Capitol; while we were walking we saw other buildings and memorials such as the Democratic National headquarters, The Library of Congress, The Washington Monument in the distance to the West, The Supreme Court facing the Eastern side of the Capitol and the Visitor’s center known as Emancipation Hall. I was amazed when I saw the emancipation hall, it was beautiful and big and that was the first time I saw it.  I was impressed by the number of people gathering from all over the United States and from other countries as well.  The statues honored people from each state who contributed in some way to shaping American history.

The Washington Capitol was a splendid place to visit and I recommend that those who haven’t been there experience the great time I did. One of my favorite parts about going there was the many pieces of historical art that were present. Not only were their beautiful paintings such as the Declaration of Independence signing and the Christopher Columbus expedition, but the architecture of the building inside

and out was nearly flawless. One thing i would point out it though is that sadly I was told there  wasn’t any real marble on the dome nor were any of the columns real stone, but instead made with cast iron.  I guess the supplies were limited when it was being built in the 1800s.  If i could have learned something more while I was there, I would really like to know were all the building material and paintings originated from and who or what people built the capitol.  I heard mention of slaves sculpting the top statue of Freedom and putting a chicken instead of an eagle on her head as well as Italian immigrants creating the frescos in the Rotunda.. In conclusion I immensely enjoyed my time at the nation’s capitol and would love to go there someday on my free time and learn more about its creation and subliminal value to the people of America.

The day April 19, it was a great day. As a government class, we went to U.S Capitol.  First, I got impressed, for how is the building structure; it’s amazing. They have so many statues that represent states. Then, we entered to a theater where we saw a video. The video shows about U.S history.  After that we went on a tour and hoped to meet some Congress Representatives or some Senators.  The House was supposed to be in session but they were not so we went to the Senate and watched the process of approving a leader for NASA; the American Space Program.  See the story here: 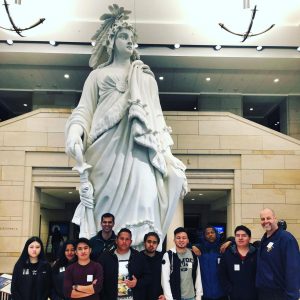