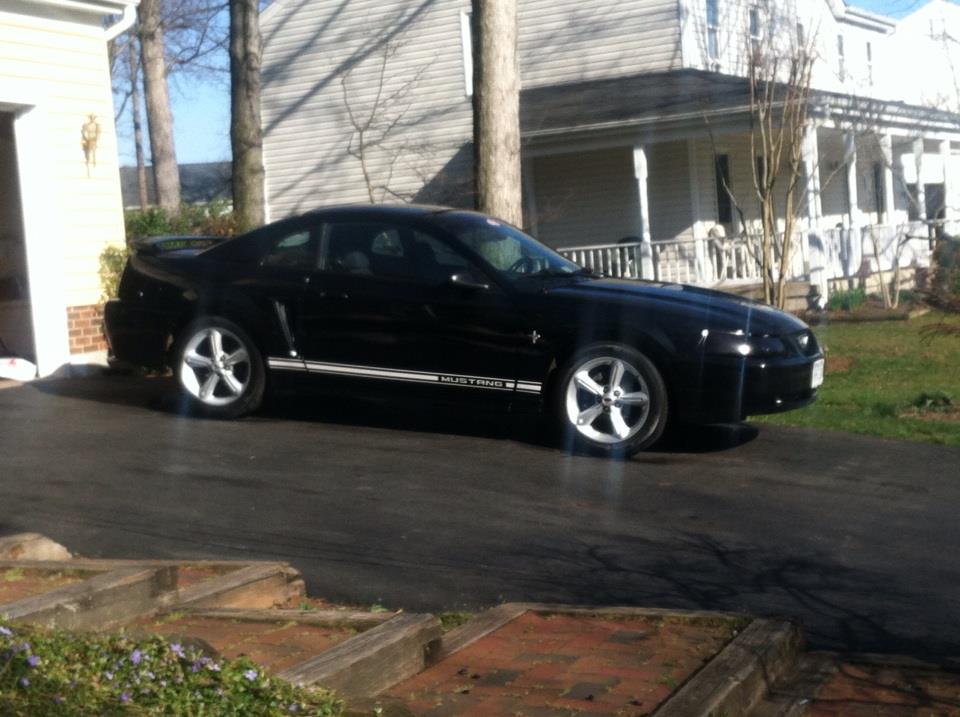 My Mustang after I had completed the rebuild.

My dream car was a 2001 Ford Mustang 5 speed manual. I had always wanted one ever since I was 6 years old when I saw it at Tyson’s Corner Mall with my mom. I thought that the Mustang was even cooler than a supercar because I knew I could do a lot of modifications to make it go faster than how it came stock.

Once I saw the car I could not stop being obsessed with it. Once I received my license I would not stop asking my dad if I could get a Mustang. He promised me before I graduated high-school I would have one of my own. I was so excited to hear but I didn’t actually think it would happen. On August 18th, 2012 (my father’s birthday) I was coming home from a friend’s house and pulled into my driveway and saw the exact car I had always wanted but I didn’t think that it was mine. I walked into the house and I asked my dad whose Mustang that was. He replied by throwing me the keys to the Mustang saying, “It’s yours! Now go chase your dreams.” I could not believe it, that Mustang was literally the exact one I had always wanted, black on black and a 5 speed manual.

The mustang was one of my most favorite and important things I owned. The first few months I owned it, the car was fine.  No major or labor intensive jobs needed to be done to it.

Around December 2012, it started needing some major repairs. At first, I was going to take my car to the shop and have someone do it for me; I decided it would be a great learning experience for me.

I got right to work. The first task I started was replacing the clutch. For the first few hours I had no idea what I was doing. Although I had a general idea of what to do, I just couldn’t seem to figure it out. I was not going to give up! I went on a Mustang forum to figure out what I needed to do.  The only reason I couldn’t figure it out was because I didn’t take off the most important bolt holding the transmission to the engine. I took off the bolt securing the transmission to the engine and I found the old clutch! I pulled it out and put the new one in and put all the bolts back on. Once I finished everything and cleaned up, I got in my car, started it, put it in gear, released the clutch and to my surprise my car moved again! I was so amazed that I actually fixed it myself with almost no instructions on what to do!

I learned a lot from my mustang and loved that car a lot but unfortunately on July 19, 2013 it became a victim of arson on my street right outside my house. My mustang was now a total loss, everything about the car was ruined leaving me with only the memories I had with the car. At first I was really upset about losing the car but now I like to view it as a positive learning experience which helped me decide what career I want to pursue after I graduate high school.