My struggle of the sport powerlifting 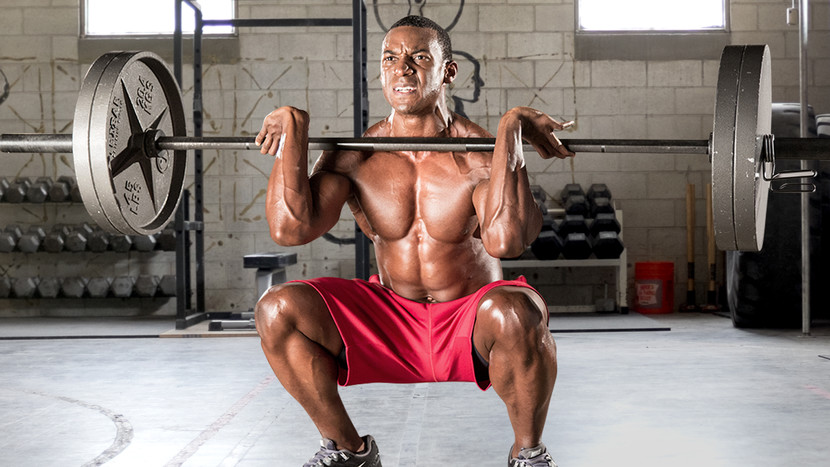 How did I get into the sport powerlifting? Well this goes way back to when I was in 7th grade. I was a very scrawny kid. Whenever I was in middle school and I watched football on t.v. I always wanted to be like those NFL players, all buff, athletic, and very strong. I was very insecure about my body stature. I would do 150 push up and used some dumbbells to get stronger back in middle school. I would always complain to some adults who are known athletes in college football that I want to be big just like them. They would always tell me “look, young buck you got to be patient, this takes time to get stronger, faster, and having a good looking body stature” It took them six years to have a great looking body but for strength it takes a long time. It takes 20 years to excel in strength and to see ultimate strength. When they said to me it takes years and years for seeing big results, I didn’t know if I was up for it, but one night I made the decision when I was thinking hard on what the people said to me. I was going to give it my all on this sport. I promised to myself that I wasn’t going to quit at becoming an ultimate elite powerlifter.

What accomplishments have I made in powerlifting? Man, oh man, I made a lot of accomplishments. The first thing I accomplished was deadlifting 545bs. At the body weight of 180! On the powerlifting website that’s close on being elite. For the body weight of 180, if you deadlift 600lbs, then you are considered elite. Getting 545lbs on the deadlift got me very emotional because at that time my dreams seemed like they were all coming together. Another thing I accomplished was getting sponsored, not just by one, but two big clothing companies. That’s when I knew I was doing something right. The moment they took a look on my profile they were going to do whatever they can do to get me to be a rep for their clothing line. I was in the car with my friends and I glanced at my phone. It was an email from Paragon (clothing line). They asked if I wanted to be a rep for their clothing, and I said yes! And I also said I won’t let them down. This also happened with the other clothing line called Division. I got an email asking if I wanted to be a rep for them. All of that helped me be more confident; I never thought powerlifting would do that to me.

Now we have to talk about injuries. Well, as I was powerlifting for two years, it started to take a toll on my body this year. Imagine squatting, deadlifting, and benching every day. With heavy weight. It starts to take a toll on your body. You start having little pain at first, which is soreness, stiffness, and cracking in your bones. Then if you keep lifting heavy it gets pretty bad because the more weight you put on, the heavier it gets, and the bigger the risk you’re taking. Everyone who does powerlifting knows that they are taking a big risk but they still do it anyway because, hey, lifting 600 to 1,000lbs is inhuman like and outrageous and amazing. The injuries I have suffered so far would be; first, I tore my pectoral (chest).That was two years ago. When I was I was benching I never warmed up. I would go straight to 225 for bench. I never stretched. I learned from that injury to always stretch before a workout. Another injury I had happened 6 months ago, and I’m still lifting with it. I tore my meniscus. That happened from maxing out. I tried to max out for squat, and as I was coming back up, when I was grinding out the rep, I dropped the bar because I felt a detaching feeling in my knee. So after that I took four days off and I felt better afterwards so I thought I was okay, but I wasn’t. Recently I found out it has gotten worse. Lastly the final injury was 2 months ago. It was torn cartilage in my hip. For this injury I was trying to max out on squat. I was trying to max out at 605lbs. I didn’t have a spotter and when I was stuck in the bottom of the squat. I heard a pop and dropped the weight. So far these are all the injuries I’m dealing with.

Why do I still continue with these injuries? The reason I still continue is because I love powerlifting. If I didn’t have powerlifting I would be a druggie with no life would literally be wasting time and be hanging out with terrible people. Powerlifting helped me with depression because I felt like I found my purpose. So it’s very emotional for me to continue with this. I won’t stop until I break the world record for deadlift. I promised to myself and my parents that I will never stop no matter what. I promised to all my fans I won’t stop either. See if I stop I won’t only let myself down but my supporters and my fans. It’s hard to quit when you accomplish a lot of things for this sport. This goes for everything in life. You can’t stop for anything even if you’re at risk for something. So yes I realize I can one day be paralyzed for this, but I take risks every day. You take a risk from breathing in air, drinking water, and a lot of other things. I also want to get that world record so I can get finical help. Because if you break the world record you get tons of money. You can get up to two million dollars, not including incentives and clothing companies sponsoring you. This is why I can’t see myself stopping. I have no time to stop.