My Viet Nam; Life after the Civil War 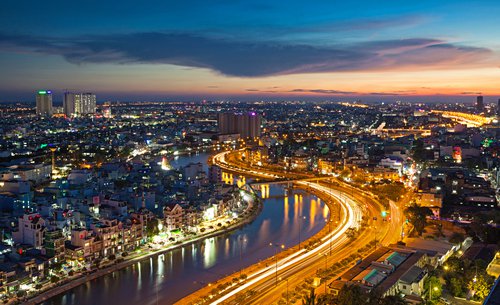 My mom was born in 1976. She was born after the VietNam Civil war.  In 1975 my country was so happy to end the fighting.  On April 30 ,1975 my country actually unified.  From 1975 – 2000 , my mom told me that my country was still in such chaos because of the war. It was not until 2000 that my country could be be better from the war. In that time 1975-2000 the economics in my country fell into crisis , the people did not have jobs , homelessness was everywhere. In 2015 the president Barack Obama came to Viet Nam and dealt with Nguyen Phu Trong; my country’s dictator.  He promised a stronger relationship with the United States.

What facts do you know about your mother’s life in Vietnam?

She told me that she’s loved Viet Nam , the people are really friendly and welcoming.

What do you remember about living in Vietnam?

I remember about my family , the foods , and the people.  The most popular food is Pho in my country , I think it’s best famous food of my country.

How and Why did you leave Vietnam?

Because I want to reach to my dream and I want to learn more things for my life.