No Human is Illegal 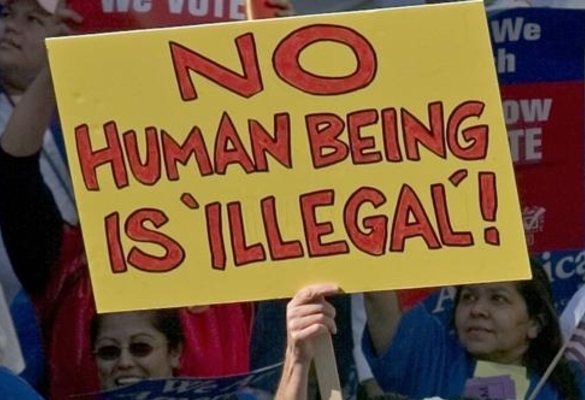 I.C.E. agents are part of the U.S. Immigration and Customs Enforcement or as known in the spanish slang term, “La Migra.” Lately they have been all over the news due to the mass deportations and I.C.E. home raids that were scheduled to start in 2016. They started targeting specifically Central Americans in North Carolina, Georgia, and Texas, and specifically people who they think wouldn’t know their rights. Another thing that has been all over the news has been the presidential election, but more specifically Donald Trump. Known for his infamous tantrums and racist comments, Donald Trump has managed to make racism “okay” by speaking out publically about not only immigrants, but “anchor babies,” and refugees.

First of all, the journey to the U.S. across the border is a horrible one filled with starvation, thirst, rape, violence, and theft. An anonymous source told me a little of how they got to the U.S. from Central America, “I remember getting to Texas and going days without eating, or drinking anything. I just walked and walked under the hot sun, with nothing but my clothes, my muddy torn up shoes, and a water bottle filled with dirty river water. I had to take off my shirt and put it over my face to use it as a colander in order to drink the river water.” Immigrants usually get a family member living in the U.S. to pay thousands for a coyote, a person who smuggles people into the U.S., even though it’s not one hundred percent sure that they will make even make it. Then, if they do get caught their families end up paying even more for bail, lawyers, and court. 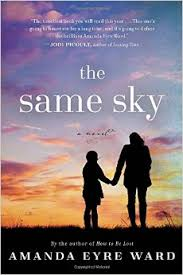 In Amanda Eyre Ward’s book The Same Sky the young girl Carla, a girl trying to immigrate from Honduras through Mexico, was raped on her way to the U.S. and later finds out she is pregnant, but she does not want the baby because she is only twelve years old and is not financially stable. The other main character in the book is a Texas woman named Alice who wants a baby more than anything in the world. Carla and Alice’s lives will intersect in a very powerful ending to this novel that portrays the realities of immigration and motherhood. When Carla arrives to Texas she is so shocked at how bright everything is, and she feels like there’s nothing wrong in the world. Later, her mother makes her work at a restaurant and she gets fired for being too slow and taking too many bathroom breaks while she was pregnant “I suppose I should be thankful. I suppose this was the American dream.” Even when immigrants make it here their lives are very difficult. 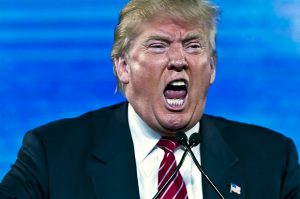 Once again, Donald Trump has talked about immigrants and anchor babies a lot throughout this year’s presidential election. When Donald trump said, “They’re sending people that have lots of problems. They’re bringing drugs. They’re rapists.” This makes it seem like it is okay to blame a specific group of people for something that only a small percent of them do. It also won him the support of a lot the racist people in the country, and that is why he’s in the lead right now of the Republican nominees. He also mentioned that he wants to build a wall between the U.S. and Mexico, but that wouldn’t stop people from coming over with visas and just staying past their expiration date. He will just be spending money building a wall that will never work. What Donald Trump and other Republicans don’t understand is that the main reason why people come here is because they are looking for a better life or they’re running away from danger. The U.S. is a “free” country made for everyone, not just people who have been born here and more people need to start realizing that because immigrants are coming and there is no stopping that from happening.

In my opinion, racist people like Donald Trump need to stop complaining about things that will never change and start focusing on real issues like the economy and the percentage of homeless people in the U.S. Also,  I.C.E needs to stop harassing people who they know don’t know their rights because they’re taking advantage of that and treating them worse than they should. We must also take in consideration why they have come here, what their home country is like and what they went through to get here. Everyone in the world is equal and we need to restore humanity by treating our brothers and sisters of the world the same as we treat our own families.