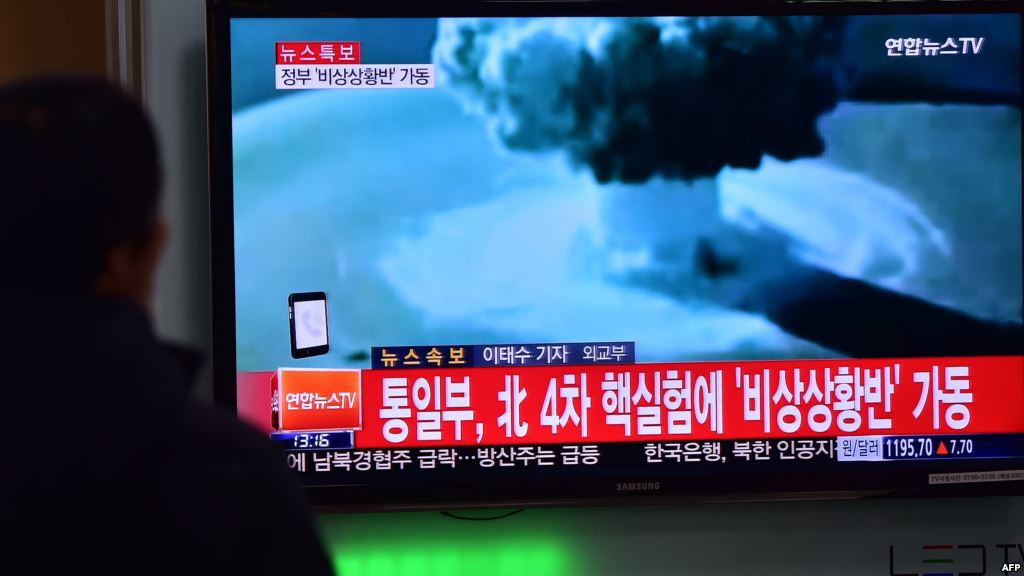 North Korea announced on TV and local radio stations a successful hydrogen bomb was detonated underground triggering an earthquake in the region. It shows significant advanced ambitions for its military under the leadership of a Communist dictatorship. The hydrogen bomb is more powerful than the other three they previously tested. They even concluded the hydrogen bomb is one hundred times more powerful than the atomic bomb which devastated Hiroshima in 1945. Furthermore, a U.S. administration concluded they are still waiting to collect more evidence as to whether it was a successful test.

On the other hand, South Korea articulated that it doesn’t believe the hydrogen bomb was a success because it is impossible to determine in a short amount of time but they are in state of emergency. Apparently, the bomb was tested at 10 a.m and a magnitude of 5.1 earthquake was felt at that time on the Korean peninsula.


“If there’s no invasion on our sovereignty we will not use a nuclear weapon,” the North Korean state news agency said. “This H-bomb test brings us to a higher level of nuclear power.”

“We have consistently made clear that we will not accept it as a nuclear state,” said a spokesman for the  ( U.S. ) National Security Council. “We will continue to protect and defend our allies in the region, including the Republic of Korea, and will respond appropriately to any and all North Korean
North Korea wants to show its enemies how powerful they are. They have been very careful to not demonstrate any weakness in the past few years.  North Korea is moving in the wrong direction for World security and continuing to isolate itself from diplomacy by having these challenges in making dangerous bombs. It means North Korea is not as weak as we think it is. However, we cannot be completely confident in our assumptions that this hydrogen bomb was a success because there is no direct proof.

Will American gain anything by talking to North Korea? Yes, it will.  We are always better off by talking with our enemies.  President Obama’s policy with Iran is a good example of this.  Talking with enemies makes them diplomatic partners who we disagree with instead of enemies who spread fear of the unknown.  It could be one less enemy for United States through diplomacy. The challenge is getting enough will on both sides to accept having a conversation.

For more information on the the U.S. relations with North Korea. CLICK HERE.