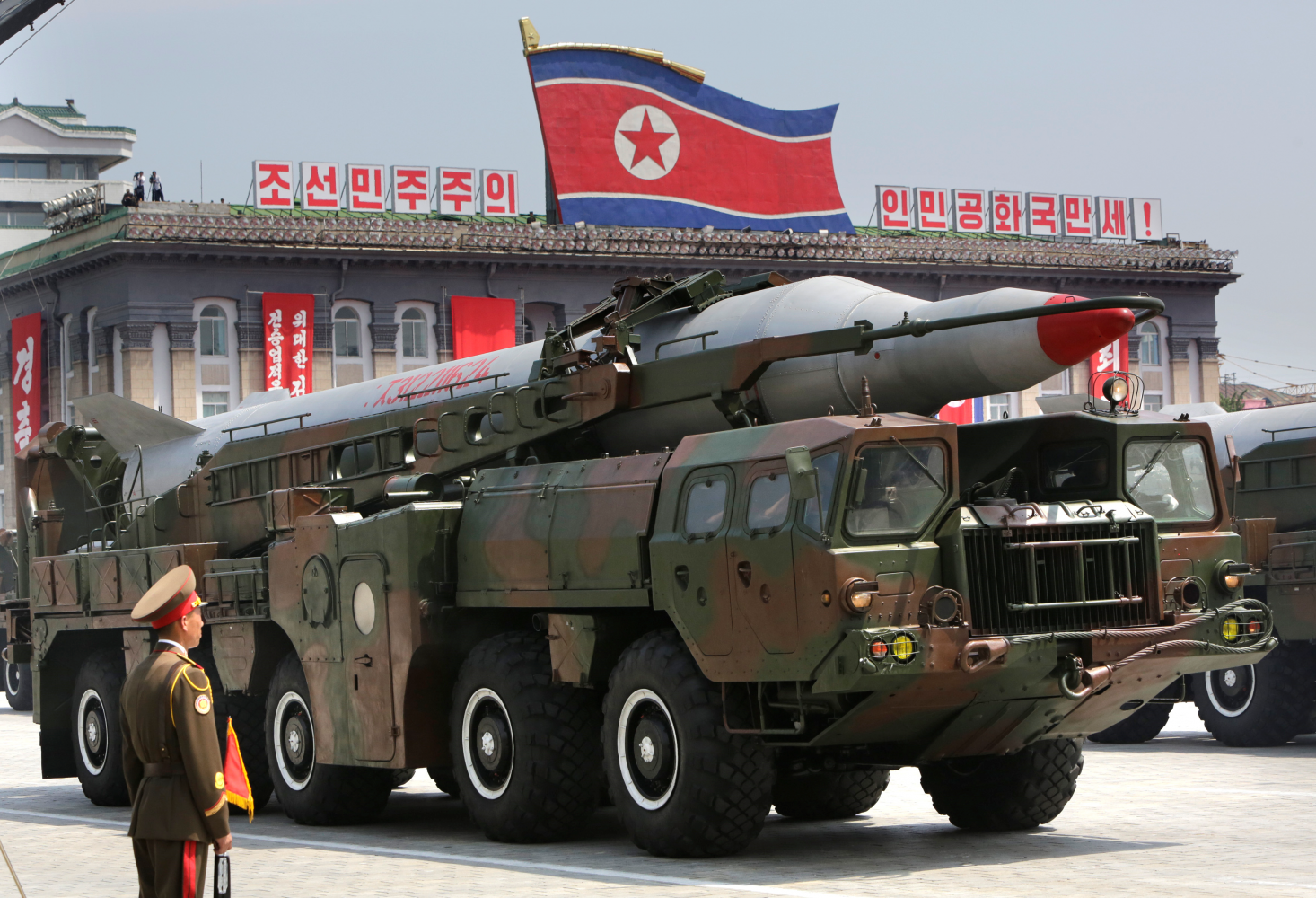 An attempt by North Korea to fire a medium-range missile on Friday has failed, according to a U.S. defense official and South Korean leaders. North Korea attempted to launch the missile at 5:30 a.m. According to a defense official who spoke on condition of privacy. “It was a fiery, catastrophic attempt at a launch that was unsuccessful,” said Capt. Jeff Davis, a Pentagon spokesman, the Associated Press reported. He said the U.S. believes it was likely a road-mobile missile but is still investigating.  The North Korean president tried to launch the missile from the East Sea of the Japan towards the U.S on the 104th anniversary of the country’s late founder Kim Il Sung known as “Day of the Sun.”  Kim Sung launched a missile but it failed to reach any intended target.
“If the reports are true that missile launch did fail then it’s a major disappointment for the North Korean government because it is happening on the most significant holiday of the year. They were celebrating the 104th anniversary of the country”.
A U.S. defense official declared that the U.S. Strategic Command Systems also had a detector and tracker of the missile.  They accessed that missile was failed. Analysis suggested that the missile was a Musudan. The Musudan is an intermediate-range ballistic missile capable of traveling 1,500 to 2,500 miles — putting the U.S. territory of Guam within reach — and of carrying a 1.3-ton nuclear warhead, according to the Nuclear Threat Initiative.

Neighboring countries of North Korea feel threatened by the launching of this missile randomly.  North Korea went against international standards of authorization because none of the country knew that there would be missile launch from North Korea.  Good relations among neighbor is very important and very helpful. Every country has some form of national pride but it should never be directed towards the harm or risk of harm that North Korea regularly provokes. It is a disappointment for the government of North Korea that their missile failed another time but it also points out their isolation from any serious recognition by other nations.

For information from the international organization HUMAN RIGHTS WATCH on how to hold North Korea accountable for their violations CLICK HERE.