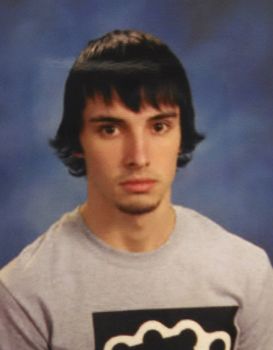 FBI agents have been watching him for months….. Finally, Thursday of last week the agency took Christopher Lee Cornell into custody on for attempt to attack a government official.  He was arrested after purchasing two semiautomatic weapons and 600 rounds of ammunition. He wanted to commit violent jihad (a war or struggle against unbelievers) and believed the government were his enemies. He wanted to build pipe bombs inside the capitol and planned to fire at any employee who tried to escape the attack. Cornell converted to Islam about 6 to 8 months ago.

Three important issues that need to be considered: 1) mental disorder and mental health treatment 2) terrorist propaganda that benefits from online free speech 3) access to guns and weapons in the U.S.

Does society need to take mental disorder/treatments more seriously? Certainly. It may have been the vulnerability of Cornell that easily let things get to his head, he was convinced the government was evil and his enemies. Though in this case, it is an assumption that Cornell suffered from a mental disorder but there should still be better methods to detain those who suffer from some kind of mental disorder. In this case, the vulnerability of those with mental disorder, they become a tool to those advertising terrorist propaganda. It’s a tough situation because one way or the other, you can’t force someone to partake in treatments without invading their privacy. Another issued that needs to be addressed is the access to guns and weapons in the U.S. The government should not allow anyone to purchase a weapon unless a license to purchase one is provided. Just because someone has a clean criminal record, doesn’t mean they don’t have some kind of disorder that could easily lead to tragedy, sort of like Cornell’s case but luckily, action was taken as soon as things got serious.