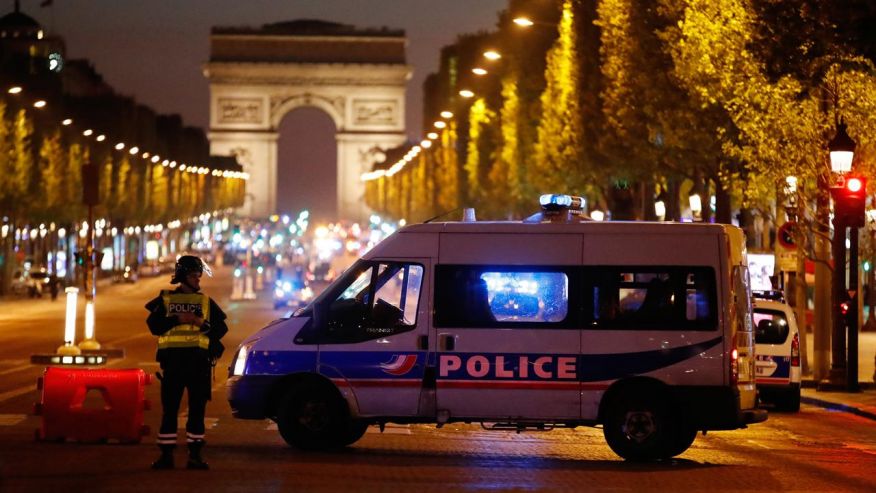 How many more attacks and people’s deaths do we need to stop this? Why is it taking so long to finish this undefined war? A lot of innocent people have died in these terror attacks.  As a society, what are we doing to finish this?  What is causing the ongoing terror? Because of different opinions or different views of the world we are willing to kill? ; this is not communication, this is chaos. Why do these people have no respect for humans rights?

What causes someone to be a Muslim extremist?

A deadly attack on a policeman in the heart of Paris early this week cast the “shadow of terror” over the final days of the presidential election campaign. One police officer died after a gunman wielding a machine gun leapt out of the car and opened fire on the Champs- Elysees, Paris most  famous boulevard, as candidates were engaging in their final TV debate.  The three main candidates canceled campaign events and instead made televised statements in which they competed  for tough talk on security and vowed a crackdown on ISIS.

ISIS swiftly claimed the attack saying it was carried out by one of its “fighters.” The assailant — Karim Cheurfi, a 39-year-old French national with a long and violent criminal record — was shot dead as he tried to make his escape. Prosecutors said a note defending ISIS fell out of his pocket, although there was no previous evidence of radicalization. He was also carrying the addresses of police stations.
French authorities, including the domestic security service, began a counterterrorism investigation into Cheurfi last month after learning of his increasing determination to establish communication with an ISIS fighter in Syria and Iraq, a source close to the investigation told CNN Friday.”
Paris police and soldiers sealed off the area around the Champs-Elysees after the attack, ordering tourists back into their hotels and blocking people from approaching the scene. Emergency vehicles blocked the wide avenue that cuts across central Paris between the Arc de Triomphe and the Tuileries Gardens, an area normally packed with cars and tourists.
Subway stations in the area were also closed off on Thursday night while police secure the scene.

A witness identified only as Ines told French television station BFM that she heard a shooting, saw a man’s body on the ground and the area was quickly evacuated by police.