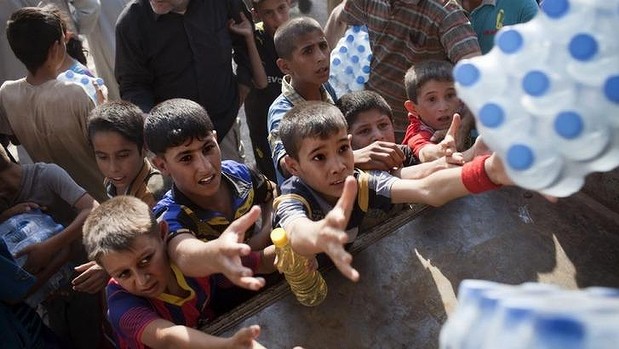 As we can see what is happening in Iraq now and how the ISIS killed the christian people. Now they are trying to use the water as weapons to killed the people. They are trying to cut the water of the village that resist their rule.  Also, The Sunni militants want to takeover the dams of the villages don’t beliefs in their thought to support their thought (beliefs) that they are building an actual state. They have already taken over large cities of Iraq and Syria and, as part of their latest attack, have been block the Syrian town of Kobane in an effort to secure another piece of the border with Turkey.  Controlling the dams is important because of their role in irrigating the large  country’s  wheat fields and providing Iraqis with electricity.  The Islamic State has used its control of other water including as many as four dams along the Tigris and Euphrates rivers to away the communities or deprive them of crucial water supplies.

That is relate to the government because in this case the Islamic cities are trying to stress of the Iraq’s Village to support their beliefs, so they are using the water as a weapons to let them  to believe in their thought.  That is like the people are using their power to let other people trust them, and they don’t have rights to do this.

In my opinion it is really hard way to use something like the water to put stress on other people in order to force a belief. No body has authority to do this. Safe food and water is basic humen rights.

The Islamic State “understands how powerful water is as a tool, and they are not afraid to use it,” said Michael Stephens