Plague; What is a Pandemic? 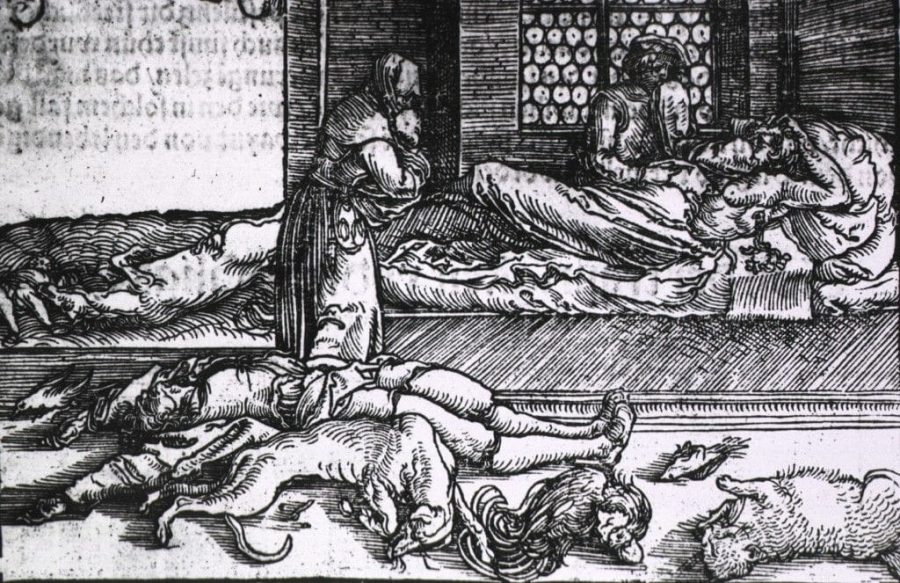 From 1347 to 1351 the Bubonic plague killed 75 to 200 million in Eurasia. It was called the Black Death and was one of the worst pandemics in human history and killed 30 to 60% of Europe’s population. It was caused by a bacteria in fleas that were carried to rats. The most common symptom of the plague were buboes in the groin, neck, and armpits that bled when they were opened. It also caused compulsive vomiting with blood and made the skin turn black in patches. People believe that no one can get infected by the plague now but people still get it. In 2015 there were 320 cases around the world. Places with good healthcare access don’t really ever get the plague. In the US only 1 to 17 people get it a year. There could another really bad outbreak of the plague in places with poor access to health care.

Pandemics can spread in a lot of different ways, one way is from animal to person. This happens when people eat a part of the infected animal. Once the person gets it from the animal it can spread to other people through inhalation of infected air, touching secretions from infections then touching your eyes, mouth or open wounds. They can spread through semen during sex. The biggest reason pandemics spread is because of lack of attention to the infection control. People sometimes ignore diseases in the area or have a fatalistic idea toward believing that it’s inevitable and that they shouldn’t waste time on it.

Another well known pandemic was the Spanish flu of 1918. It was the worst pandemic in recent history. Its estimated that one third of the population was infected with the disease. There were 50 million deaths worldwide and 675,000 were in the US. The virus killed a lot of healthy people between 20-40 years old.  There was no vaccine to protect against the infection and no antibiotics to treat the secondary bacterial infections so all they could do about was isolate the sick people and limiting public gatherings. There could be another pandemic of influenza. It could happen if the influenza A virus changed suddenly and became different than any other disease that already exists. When it gains the ability to spread from person to person it would become a pandemic

People believe that pandemics can’t happen in the future but there could be another measles outbreak because of anti-vaccine parents and because of religions that believe people should fight disease without the help of medicine. Measles is a disease that spreads through the air and causes fever, coughing and rashes. People are getting measles again because some people believe vaccines could be bad for their kids. In 2017 there was 6.7 million cases in the world the cases grew 30% between 2016 and 2017. The World Health Organizations says that measles is spreading because not enough people got the vaccination. People believe that vaccinations are harmful to kids and that their promoted just to make money. Some leaders are even against vaccines a group in Italy fought against vaccines for years and wanted a law that prevented vaccinations. Italy had to declare a measles emergency because 4 people died from it. Chicken pox is also spreading because people have stopped getting vaccinations for it. In North Carolina Chicken pox was spreading through the school because most of the students weren’t vaccinated.