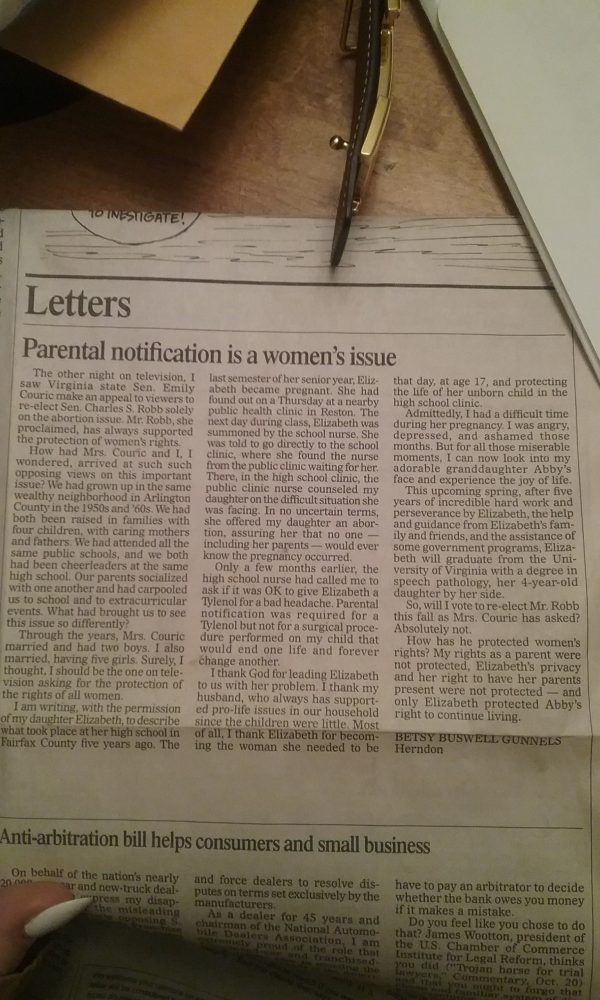 Planned parenthood clinics all around the country are taking action to protect themselves from the violence of protesters.  Not only was there the shooting in Colorado but employees are being threatened in different clinics.
Click here for a link to a map of the United States that shows all the mass shootings in 2015.  Many of these shootings are randomly motivated but many are also thought of as a form of political protest.  Violence is never the answer and it is a growing plague in American culture.

http://www.pbs.org/newshour/rundown/heres-a-map-of-all-the-mass-shootings-in-2015/
It is absurd to me that people are acting this way towards those who are just doing their job and ultimately trying to help heir patients.  With that being said I am not in any way supporting abortion, but these acts of violence are unnecessary.  With about 700 clinics in the country seeing roughly 2.5 million patients, most of what the clinic does is treat for STDs and screening.  Only about 3% of what is done in clinics is for abortion.

There are other ways to go about protesting abortion and making a point without having casualties or people injured. For example my own grandmother wrote a letter to the Washington Post regarding abortion and the reelection of Senator Charles S. Robb. The letter is basically about my mom and how she was approached with the idea of abortion.  A photo of the printed story is shown below. 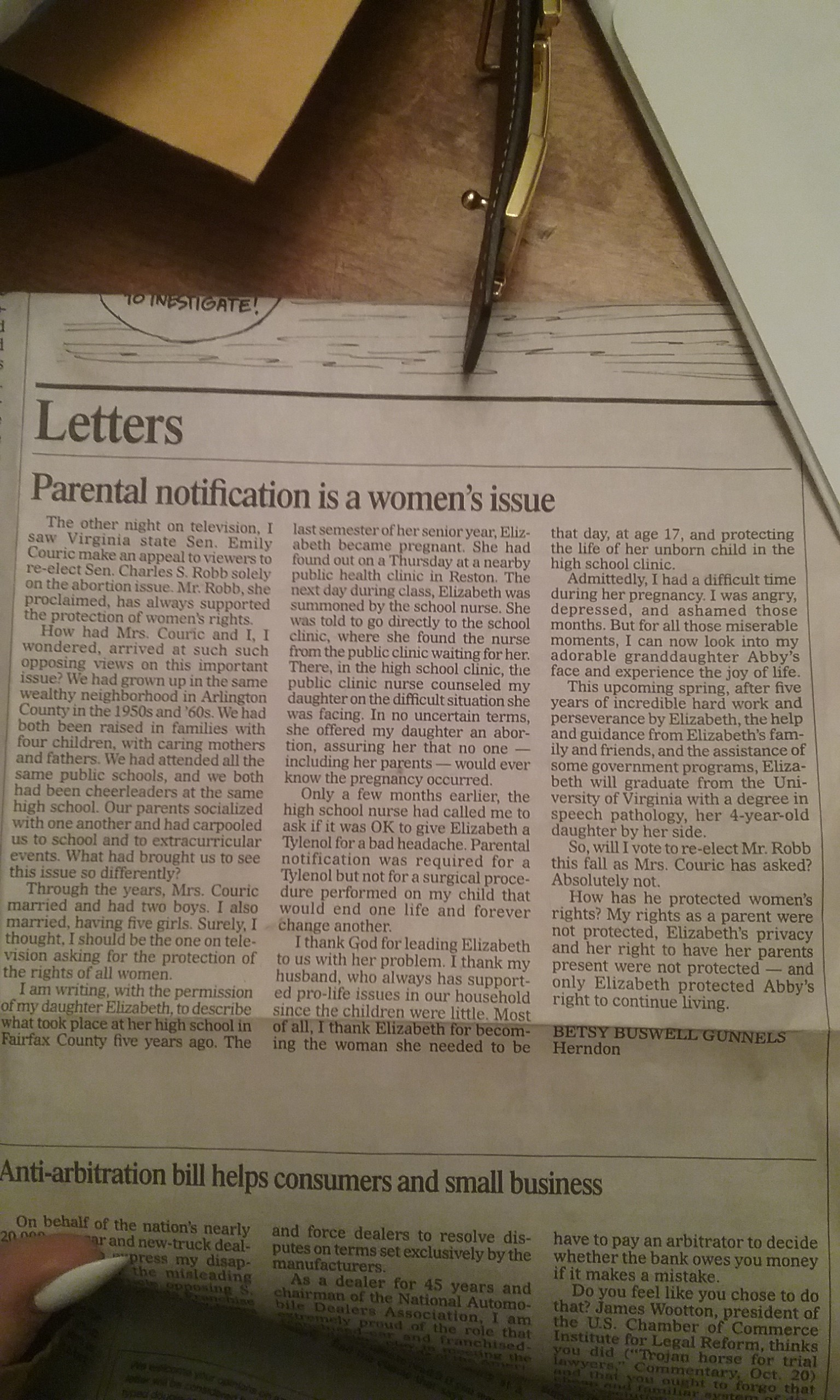