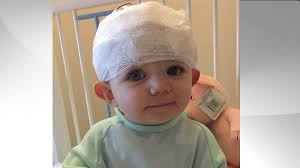 Jim Herman, Montgomery County police officer, was on the shoulder of Interstate 270, speaking to someone he just pulled over, when he heard a male voice screaming “Help!” from behind. Herman saw the man running towards him and little did he notice the man was carrying a 9-month-old baby girl in his arms. The man handed over the baby saying “She’s not breathing,” The officer cradled the baby in one arm, He started seeing the baby’s skin turning blue and noticed no signs of breathing and he couldn’t find a pulse, the baby was silent. He started chest compression using two fingers. Quickly after that another man stopped on the shoulder and got out to help. Turns out the man, Brody Channell, was a firefighter from Little Rock. While Channell took the baby, Herman got back in his car to call for help. Shortly, the Chief of  Montgomery County Fire-Rescue Battalion, Stephen Mann and an ambulance arrived and took the child to Shady Grove Medical Center.

The 9-month-old girl, Kenzlee Mae Cushman, was born with a heart defect and needed an operation at 3 months to cure a murmur. Her recovery seemed to be going well until now. By Monday, Kenzlee Mae looked like her recovery was headed in the right direction.
His daughter was happily playing with stuffed animals, including her favorite pig. “She’s doing great,” he said.
For the woman that the police officer pulled over in the first place, was let off with just a warning not to drive so fast.
“I’m glad I stopped her,” he said. 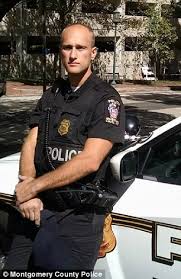 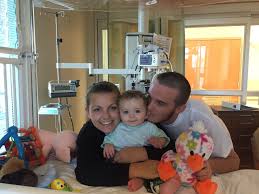