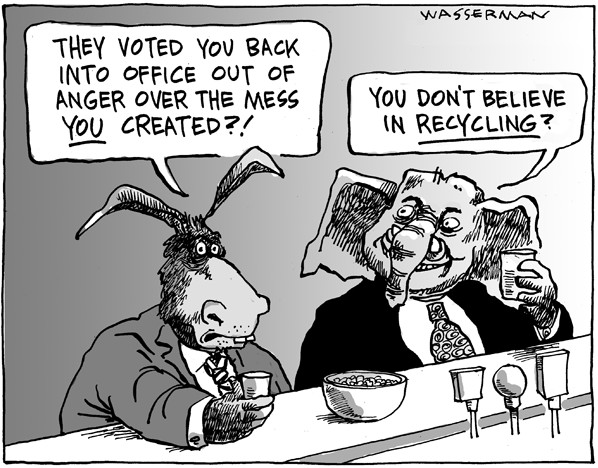 The development of the views of economic and foreign policy issues led to the first American political parties. John Adams and Alexander Hamilton who led the Federalists supported the Bank of the United States, the Jay Treaty, and the undeclared war on France contributed to the rise of an organized opposition party.  The Democratic-Republicans, led by Thomas Jefferson and James Madison believed in a weaker national government, individual rights and an agricultural economy. They were favored by farmers, artisans, and frontier settlers in the South.  The presidential election of 1800 was the first American presidential election in which power was peacefully passed on from one political party to another. Throughout the history of the United States, there have been two main political parties. Beginning with the Federalists and Anti-Federalists, the parties have developed over the years to the current system of Democrats and Republicans. For more information on all of the U.S. Presidents and the parties they represented you can click here.

The image below expresses what the two parties hold in common, there’s still enough differences in their approach to governance, their political party’s philosophies to vote for one or the other.   What many voters forget is that one Presidential term is often facing issues inherited by the previous Presidential term.  The Donkey is the  symbol for the Democrats and the Elephant is the symbol of the Republicans.  This image could describe George Bush  as a Republican President after he was re-elected in 2004.

In the case of George Bush’s election voters decided it was better to stay the course in 2004 rather than to hand over the mess to the Democrats.  This was also the case in the 2012 election with President Obama but he is a Democrat. 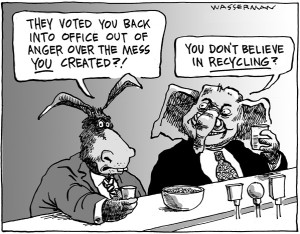