Politics of the Muller Report 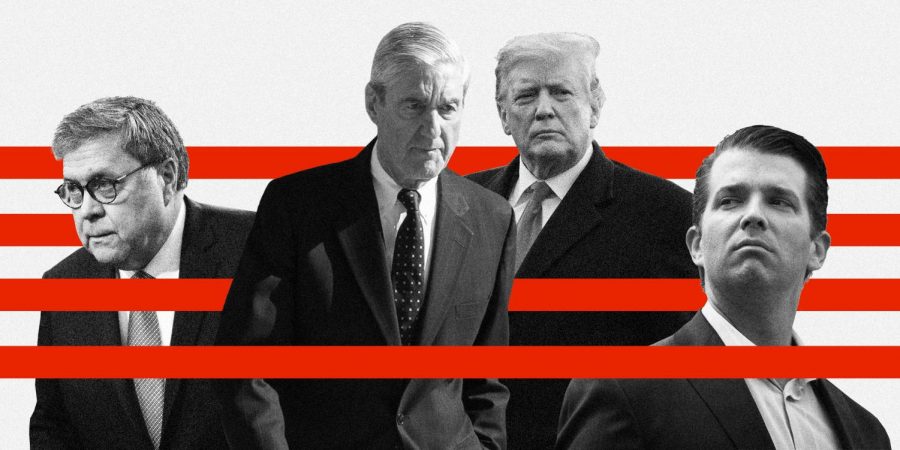 The Mueller Report has been a very controversial issue amongst the Democratic and Republican parties in the last couple of years. After the 2016 election, when evidence on Russian interference in the election appeared, Robert Mueller, former FBI chief, was tasked by the Department of Justice with the responsibility of leading an investigation of the degree of Russian involvement. He was also assigned to find out if President Trump had obstructed justice in, among other things, firing FBI director James Comey in order to overthrow the Russia investigation.

When Trump fired FBI director James Comey, the Democrats blamed him for obstruction of justice, and this was one of the main reasons for appointing Mueller to lead this investigation. James Comey testified in front of Congress saying that President Trump had asked him to drop the Russia investigation. When Comey refused to do what Trump wanted, he was fired, or at least that was Comey’s version of the story. The Democrats claimed that this, if true, was obstruction of justice, and Trump was trying to hide his involvement with the Russians by derailing the investigation.

Over the next few months, we learnt about the involvement of several key people in the Trump campaign and several Russian agents. Micheal Flynn, who has Trump’s National Security Advisor, Trump’s son Trump Jr., Trump’s son-in-law Jared Kushner, Attorney General Jeff Sessions and ex-campaign manager Paul Manafort had all met with Russian contacts at some point before the elections. Flynn resigned while Sessions was later fired and Manafort is facing trial. At the same time, Trump’s coziness with Vladimir Putin, including secret meetings with him, and his increasingly fired up tweets calling the Mueller probe a witch-hunt made the Democrats even more suspicious.

At this point, the investigation had taken a life of its own. Political commentators on both sides of the aisle began to theorize what the investigation would find. Republicans called the report an attempt by the Democrats to undermine President Trump. Democrats promised that the report would prove that Trump had worked with with the Russians in the 2016 elections and that he had obstructed justice. Later on, Michael Cohen, Trump’s former lawyer, provided evidence that Trump had plans to work on a project in Russia until after he was elected President. Trump had formerly said that he never had any Russian dealings.

The drama continued with Trump’s firing of Jeff Sessions and replacing him with Matthew Whitaker, who had formerly explained in an article how he could shut down the Mueller investigation by cutting its funding. This pick was very unpopular amongst the Democrats who thought that this was a way of Trump obstructing justice once again and trying to influence the Mueller report. Finally, Whitaker, who was a temporary nominee, was replaced by Williams Barr. After a lot of investigations and arrests, the Mueller report was finally released to the Department of Justice. Williams Barr, as the Attorney General, got a first look at the Mueller report. He released a 4-page summary of the report that claimed that the report had cleared President Trump of any involvement with the Russians or obstruction of justice. This is of course not what the Democrats were expecting to hear, while over on the Republican side of the aisle, Trump declared it a complete victory for himself. Later, we found out the Robert Mueller himself had reached out to William Barr and accused him of characterizing the results of his report.

After a lot of pressure from Congress, a redacted version of the Mueller report was released to the public. We found out that the actual situation was a lot more complex and not as clear cut. There was a lot of evidence of Russian involvement, although not enough to claim that Trump had directly colluded with the Russians. Also, although there was no conclusive evidence of Trump’s obstruction of justice. Mueller concluded that he did not find hard evidence to say that Trump had obstructed justice, nor did he find enough evidence to claim that Trump had clearly overshadowed  justice. 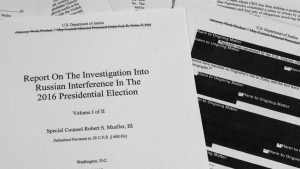 Holding the President accountable is part of the US constitution. I think that the Mueller investigation is very important as a third party expert investigation into any wrongdoing by the White House. It is part of the checks and balances in our constitution. However, the investigation has been too highly politicized to an extent that it has become more of a political tool rather than an actual investigation. Democrats have decided that Trump was guilty prior to the investigation, while Republicans had found Trump innocent even before the trial. To make matters worse, Mueller’s conclusions were inconclusively not guilty for Trump. This means that Democrats will go on saying that the report redeems their world view, while the Republicans will continue to say that the report redeems Trump. The 24 hour new cycle has also taken full advantage of this trial to turn it into a circus act, drawing large audiences with absurd predictions, on both sides of the aisle. I find this post-truth world, where people ignore the conclusions of the investigation, but believe whatever they want to believe, particularly troublesome. This division over the Mueller report, in many ways, is a symbol of our divided politics today.