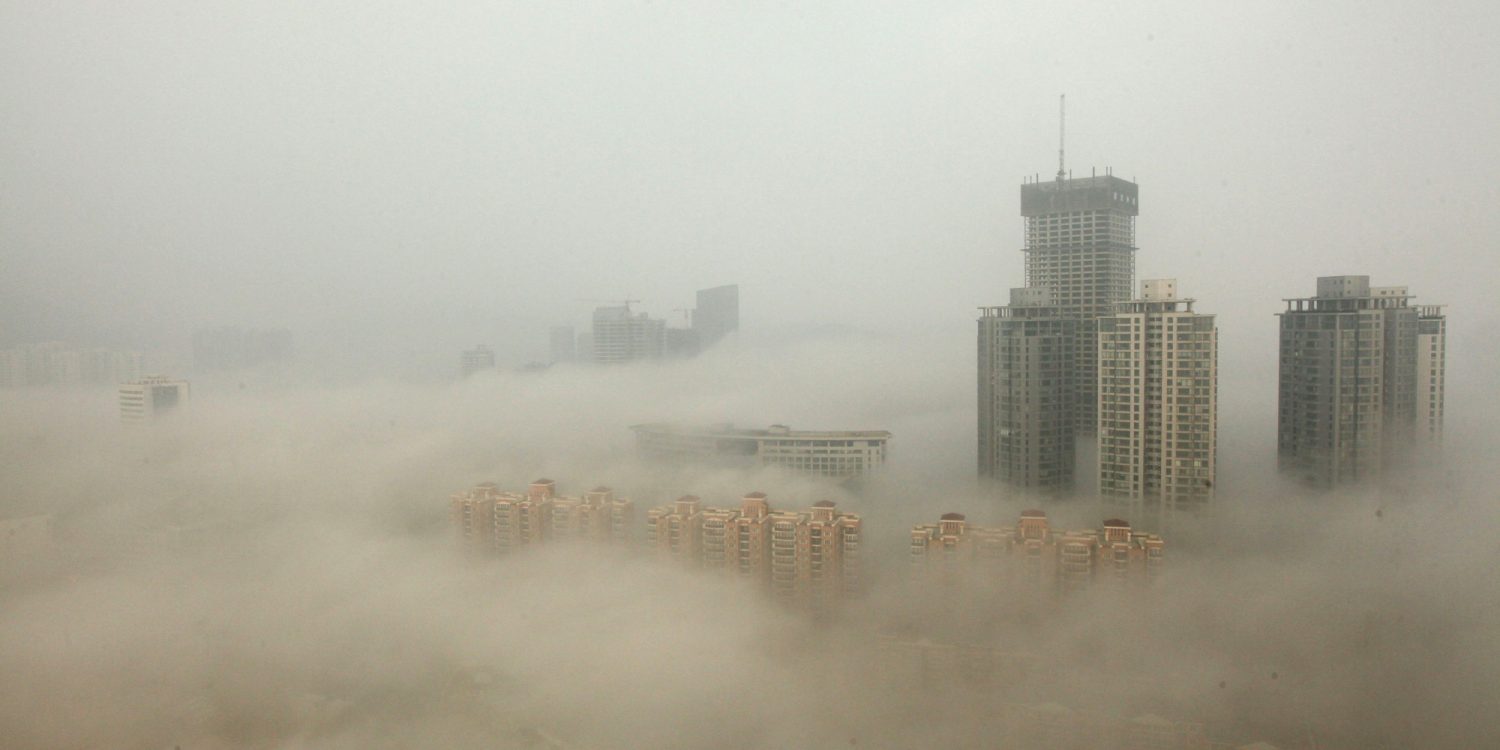 LIANYUNGANG, CHINA - DECEMBER 08: (CHINA OUT) Buildings are shrouded in smog on December 8, 2013 in Lianyungang, China. Heavy smog has been lingering in northern and eastern parts of China since last week, disturbing the traffic, worsening air pollution and forcing the closure of schools. (Photo by ChinaFotoPress/Getty Images)

Beijing has issued a red alert for pollution for the first time ever. A red smog alert is issued only when heavy pollution is expected to last longer than 72 hours. The pollution is so bad, that after the alert was issued, the Beijing government had to shut down completely as well as schools and construction sites. Even the amount of cars allowed on the road at once has been restricted. The U.S. Embassy in Beijing stated that, “The air quality index stood at 250 Tuesday morning, classed as “very unhealthy” and 10 times higher than the World Health Organization’s recommended levels”. Many people living there describe the smog as an obstacle of living. Others are so use to it that they think it’s unusual to see a blue sky. Isn’t that a scary thought? Apparently, this pollution issue has been a problem for a very long time. One woman living in Beijing bought an air purifier 2 years ago!  35 year old Gao Yuanli said, “I can’t go out on weekends now if the air is bad, and I don’t go to outdoor markets anymore”. China is the world’s largest emitter of greenhouse gases which trap heat near the Earths surface causing harmful pollutants. I couldn’t ever imagine living in a place with that much pollution. The article above includes a video about the smog and its effects on the people in china.