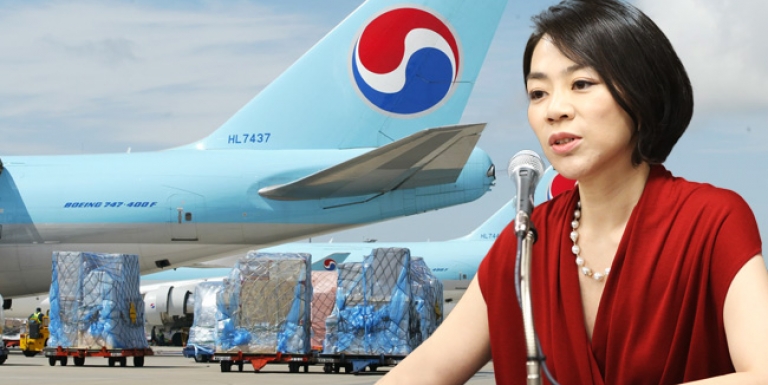 Cho Hyun Ah,40, is the vice-president of the Korea Airline. On Dec. 5,2014, Ms. Cho forced the plane to return to the gate in New York, and ordered the chief crew member to get off the New York to Seoul plane after she was served a bag of macadamia nuts in a packet instead of in a dish. The incident delayed the flight by 11 minutes and the Korean Airline had apologized to all the passengers over this incident.

Cho Hyun Ah was apologizing in public in Seoul on December 12, 2014. Also, Ms. Cho said she will apologize to the chief crew member in person. In addition, She had also resigned from most of her duties, but kept her title of the vice-president because she is the daughter of the CEO.

Korean Air chief, Cho Yang Ho, who is 65-years-old apologized as a father and head of Korean Air on December 12,2014. He asked for the public’s forgiveness for the foolish actions of his daughter and blamed himself for not raising the child properly.

I think Ms.Cho is the passenger on the plane, and she is overusing her power to take the wrong action. She is heiress, but does not mean people should do whatever she said. I think the pilots has part of the responsibility too because they acted on her demand since she is a passenger. I understand the pilots might get fired if they refuse to act. Maybe, money is the power.