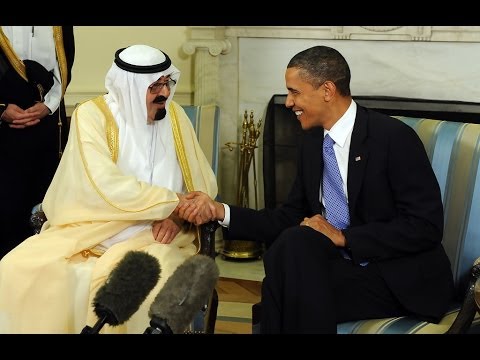 On April 19, 2016, President Barack Obama was visiting Saudi Arabia and the King Salman and other leaders that were not happy about the president’s diplomacy with their regional enemy, Iran. Barack Obama knows this visit will be a very difficult one because of his perception.
Obama said the Saudis need to find a way to “share the neighborhood” with the Iranians. Which was salt in the wound for the Saudis, already rattled by the United States nuclear deal with Iran.
Another source of tension comes from recent media coverage of the “9/11” 28 page report linking finances to the terrorists who came from Saudi Arabia.Many members of the victims’ families are wanting to see the 28 page 9/11  report and they are pushing President Obama to be more critical of the government.  It is hard for the President to be friendly and diplomatic with a country that has evidence of supporting terrorists with its money.  The President is caught between being Chief Citizen and Chief Diplomat.
“The administration has really kicked this can down the road since coming into office in early 2009,” Carter says. “And this is sort of what happens when you take that approach.”

“We have a common enemy in the Islamic State,” says David Ottaway of the Woodrow Wilson Center. “For the Saudis, it just so happens that even more important to them is overthrowing [Syrian President Bashar al] Assad, and if possible containing and rolling back Iranian influence in the Arab world.”
I wonder why the government of the United States kept the 9/11 report secret.  Now many important people have read the 28 pages from a still-classified congressional document. These people know that the government of Saudi Arabia had something to hide in the 9/11  terror attacks so President Barack Obama was trying to classify it to keep it secret and preserve his diplomacy with the region.

Here is more information to look.
Of Friction Expected During Obama’s Visit To Saudi Arabia
Why Obama is visiting a different Saudi Arabia this time