Pres on Pres Violence; The Effect of Slander 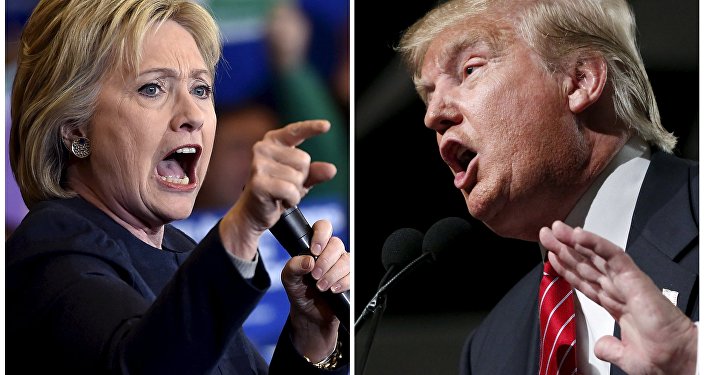 Once every 4 years we are tasked with electing the next president of our country. This election there have been many contradicting remarks thrown about. Slander is defined as a malicious, false, and defamatory statement. Why does slander continue in American politics and what is the cause of it? Why can’t our candidates just respect each other while running for office? Are they not both looking to better the country? Why fight?

As evidence from these words of the candidates of the 1800’s, Presidential slander is nothing new.

In the Democratic ad below, Hillary takes shots at Trump by targeting our children. She uses the vulgar, obscene, and outrageous things Trump has said against him. She stacks the deck by using clips of him where he made the statements about Mexicans, making fun of the disabled, and condoning violence at one of his rallies. There are also cut scenes where we see kids sitting in front of the TV watching these outrageous things Trump has said in an effort to target the plain folk of America. At the end of the video her campaign slogan appears “Stronger together” after saying something to draw the audience in for a conclusion; “That they can be proud of us”, in reference to our children which close it out with a sense of glittering generality.

Donald Trump hits Hillary Clinton with a low blow targeting her health and failures as a senator. He uses a phrase that was talked about for a while saying that she doesn’t have “stamina” which became a meme all over social media and stuck in people’s heads, which targeted glittering generalities of the people. Meaning the phrase stuck with people. He also stacked the deck by mentioning her failures as a senator but not including some of the positive things she did.

People love to argue; we can’t get enough of it, but could there possibly be a solution? Our politicians of the past and present all seem to share this use of slander against one another throughout the ages. It just doesn’t stop. The solution behind this, you ask.. .fuel the argument and keep the banter going you have to also throw some banter around yourself.

Honestly, if every 4 years, one out of the 2 candidates was the bigger person and didn’t create any attack ads, there would be no political slander. If each politician didn’t show they were affected by it then why would the other continue? That’s the only reason it’s used, to get a rise out of the other candidate. If only we could stop reacting to the lies and stop trying to make ourselves feel better by putting down the other.