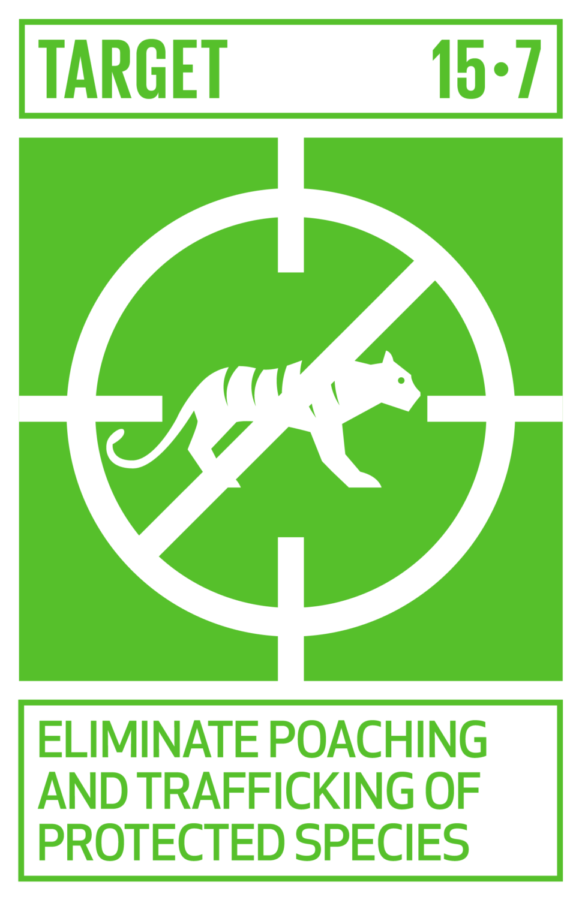 How does United Nations Sustainable Development Goal # –15-Life on Land Demonstrate the need for global citizenship and international cooperation to fight the illegal animal trade and to promote wildlife diversity on land?

Connect to the Bill of Rights

Connect to the UN Declaration of Human Rights

Relate to a current event topic

Global commerce in wildlife affects billions of animals and plants, and operates through both legal and illegal channels. The United Nations Environment Programmed estimates the value of the legal trade at US$300 billion annually.

The legal trade in wildlife products is often overshadowed by wildlife crime and illegal trade. It involves thousands of different fauna and flora species, provides a source of income for millions of producers, raw materials for businesses and local collectors, and a staggering array of goods for hundreds of millions of consumers. It plays an undeniably fundamental role in regional, national, and international economies.

Why is it an international trade problem?

Poaching has devastating consequences for wildlife. In some instances, it’s the primary reason why an animal faces a risk of extinction. This is the case with the African elephant, more than 100,000 of which were killed between 2014 and 2017 for ivory. And poached animals can spread disease in the illegal  market place , such as Ebola and SARS.

There are some solutions;  Ask before you buy If you’re unsure where something like jewelry or clothing comes from, simply ask. Ask the vendor what it’s made of, where it’s from, and if its country of origin allows its sale.  Stick to certified products Products you may not think like furniture and paper can also contribute to unsafe wildlife practices. Products with a Forest Stewardship Council seal ensure several things: that all trees cut down are replaced or allowed to re-grow naturally, that parts of the forest of origin are left untouched, and that the rights of indigenous people in the area are respected, and local workers are employed with a decent salary.

Any legal economy of natural resources requires responsible balance and management of those resources so they are sustained for future generations.  An ecosystem is is a community or group of living organisms that live in and interact with each other in a specific environment.  A healthy ecosystem depends on biodiversity because Biodiversity boosts ecosystem productivity where each species, no matter how small, all have an important role to play. Global commerce of wildlife affects billions of animals and plants because animals depend on each other.  One target of poaching could also affect the food chain of others. Humanity will not only be losing one species they could be losing multiples species at the same time.  Animals affect the earth too. Some examples are; the fact that Birds balance nature,  the narwhals assist marine biologists who research marine ecosystems, rats detect mines, bees are powerful pollinators, squirrels help trees take root and elephants create a source of water for other species.

Poaching is now usually done for sport or commercial profit, both in legal and black markets. Poaching can be a serious threat to many wild species, particularly those protected in wildlife preserves or national parks. Many animal species have been limited in range or depleted in numbers, sometimes to the point of extinction, by the depredations of market hunters and unregulated sportsmen. Countries where poaching is a big problem include all the major continents  from the Americas, to Asia, to Africa; wildlife trade is unfortunately still common in many continents. It is a big business, bringing in estimated billions of dollars of illegal revenue. The golden triangle of Laos, Thailand, and Myanmar is a global hub for illegal wildlife trade and trafficking. China is the largest importer of illegal wildlife and animal products, driving demands for animals from around the world. It causes animals that are endangered to become extinct, thus creating a disruption in the food chain. Eventually, it will cause as a result new adaptations of animals, and/or species beyond human control.     Video  link

I want to become more aware of the illegal market for animals so I can be an informed consumer and make choices that support a healthy ecosystem instead of the exploitation of animals. Here are some of the most endangered species through illegal poaching and how they are being used in the marketplace. The problem is our passion for every part of them: Tiger skins, bones, teeth, claws, tails and even whiskers find a place on the black market as decorative items or ingredients in traditional Asian remedies. tropical turtle whose beautiful yellow-and-brown shell provides the commodity known as tortoiseshell. Millions of the animals have been killed over the past century to feed the fashion for tortoiseshell jewelry, glasses, ornaments, instruments and other items Gorillas are also sought after as pets or trophies and sold for their body parts, which are used in some medicine. etc. .

“More than 225,000 human beings are added to the planet and more than 80 species become extinct each day. Our children and grandchildren and of course the animals and plants  would be far better off if both numbers were much, much lower.”

Human beings do not need to be part of the problem.  They can be a part of the solution instead.  We need to find a balance now to preserve our future on this planet.