Redeployment In the Middle East ? 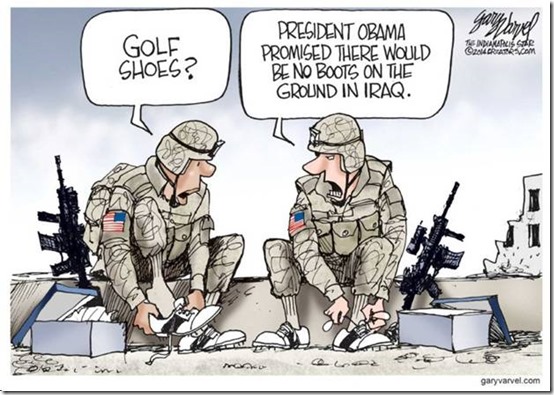 Four years ago our president Barrack Obama had pulled troops out of Iraq. Just recently President Obama has asked congress to formally allow the use of military force against ISIS. This has been the first time in 13 years that a U.S. president has asked to do such a thing. Congressmen on Wednesday morning received a draft Authorization for the ability to use Military Force. 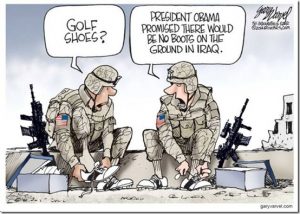 This authorization is a resolution that would formally authorize a six month military effort against ISIS. Obama will speak to the public about this matter Wednesday afternoon. The resolution would limit the President’s authority to wage against ISIS for up to 3 years. Not only will it allow for a 3 year campaign but the resolution also does not allow offensive ground combat operations.

The militant group ISIS in the resolution document notes that ISIS poses a “grave threat” to the national security of the United States of America and goes on to state it also poses issues to regional stability. The document also contains notes that ISIS has killed innocent U.S. citizens, including James Foley, Steven Sotloff, Abdul-Rahman Peter Kassig, and Kayla Mueller. This authorization does not repeal the 2001 military force authorization which has also served as legal justification for the military force against ISIS and other U.S. military efforts to combat terrorism globally.

I believe that someone should stop this group. Nothing good has come from its origin, all they do is kill, enslave, and torture people. I get that it’s not our battle but when you kill our own citizens for absolutely no reason and bring threats against one of the biggest and pumped up country, then I hope our beautiful nation turns them into a parking lot.