Restaurants and the COVID-19 Pandemic 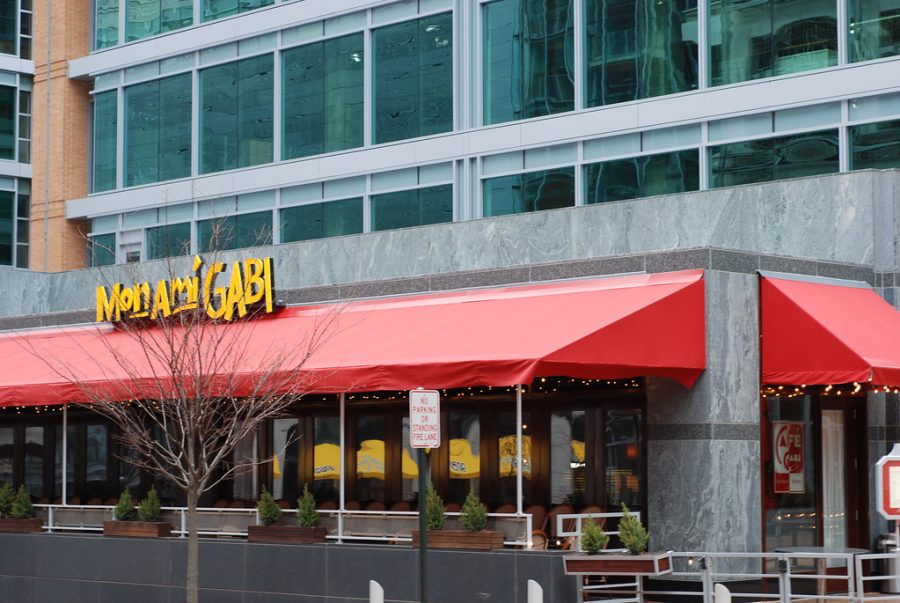 I am 18 years old and I work in a French restaurant; Mon Ami Gabi. I have worked there since I turned 16. Restaurants, especially recently, have become pretty tough places to work. In this article, I’ll tell you about my experience working in one during the pandemic.

Being thrust into an adult work environment with grown men and women at the age of 16 was a little bit of a strange and awkward experience. I was the youngest person there by far at the time I was hired. I’m not much of a social person even around people my own age, so that was kind of amplified being there. It took some getting used to.

The reason I came to work in the restaurant in the first place was that my mom, at the time, was one of the managers there. She mainly focused on the sister restaurant that shared the same building: Community Canteen. Getting to work with her was a pretty unique experience, but the best benefit was all of the free food that it got me. Being the manager’s son has its perks.

I was hired as a busser. My job was to pour water for customers, clean up their tables, and reset their tables once they left. In all honesty, I really didn’t enjoy bussing. You get paid less than almost everyone else, and do more work than almost everyone else. Thankfully, I wouldn’t stay a busser for long. Around half a year after I was hired, I was promoted to food runner. This was a much better fit for me. All I had to do was bring the food to tables. Pretty straightforward. It might be simple work, but it certainly isn’t easy. Carrying heavy trays of food all night, while running back and forth isn’t easy. But it’s still better than bussing. I’m still running food there to this day.

Maybe you’re reading this in 2050, and you have no idea what was going on in the world around the year 2021, so I’ll fill you in real quick. Last year, in 2020, the COVID-19 pandemic forced the entire world into quarantines. Obviously, when people can’t leave their houses due to a pandemic the restaurants will suffer. And suffer they did. Most of the staff of the restaurant, including me, were furloughed, and couldn’t work for several months (although my break from work was a bit longer than that). The pandemic caused Community Canteen, the restaurant that my mom was the manager of, to close its doors permanently, and since it was connected to Mon Ami Gabi, it just became more seating for the restaurant. This would eventually lead to my mom’s departure from the company several months later (earlier this year). Big Bowl, another restaurant across the street from us, which was also owned by the same parent company, closed as well. I’m just thankful that Mon Ami Gabi made it through the quarantine period alive.

And that brings us to the present day. August of 2021. Due to the rollout of the COVID vaccines, and the removal of stay-at-home and mask mandates, restaurants have begun to recover (although it’s going to take years for them to fully recover). Business has been incredible as of late, when compared to how it was last year, and at the beginning of this year. But the pandemic is not over. The past couple of months have been rough. COVID cases and deaths, mostly from the new delta variant of the variant of the virus, have increased significantly. There was a bit of time where we saw the light at the end of the tunnel of the pandemic, but that time has seemingly passed. I don’t think the pandemic is anywhere near completion, which could spell disaster for the restaurant industry. Another shutdown or quarantine could spell death for not only the restaurant that I work at, but many, many, many restaurants across the nation, and the world. And the way things are going, another quarantine is a real possibility.

I don’t know if I’ll still have this job in a year’s time. The world is unpredictable at the moment. COVID is currently making a 4th quarter comeback that would make Tom Brady jealous. I don’t know what will happen next, but maybe losing my job would be a blessing in disguise. I don’t want to spend the rest of my life working in restaurants, maybe that would be an opportunity to get out before it’s too late. Most restaurant workers are underpaid, and overworked. That’s just how it is.

Restaurants are dying. There aren’t enough people wanting to work at restaurants, and there aren’t enough people who want to eat at restaurants. With the rise of delivery apps such as Uber Eats, DoorDash, and Grub Hub, people have been going to restaurants less and less. There’s really no need to. I order from those apps myself multiple times per week. Why spend hours going out to eat, when you can take 2 minutes to order a meal on an app, and just eat it while watching TV in your own home?

Restaurants, in their current form, are becoming obsolete. In the future, it would not surprise me at all to see a large number of restaurants convert to delivery or online only (some places already have). Obviously, there will always be a market for classic restaurants, you can’t order the experience of going out to eat, but I just don’t see traditional restaurants being as prevalent in our culture going forward. COVID has altered all of society, and this is just one of the many ways it has been changed.

This article has felt a little bit bleak, but I really am optimistic about the future, although you may not be able to see it through my writing. The pandemic can’t go on forever. There will be an end to this. Restaurants will recover, even if they have to change in order to do so. I don’t know when that will happen, or how long it will take, but it will happen eventually. In the meantime, go eat at, and support your local restaurants. The only thing keeping them in business is us. We are the only thing stopping that industry from collapsing all together.