Behind the Madness at the Verizon Center 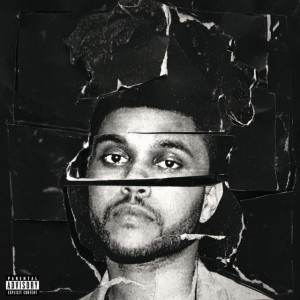 On November 15, 2015 The Weeknd came to the Verizon Center, in Washington D.C. to perform for a packed house of thousands of fans. The venue was large with a wide range of seating. The stage was smaller than I expected, but when he came on it made sense since his main focus was his singing. The tickets we purchased were $85.00 each and four of us went. We had section 432 which was very high up and our view was the side of the stage, which wasn’t the best view nor the worst.

When we got there we decided to park in the venues parking garage, which wasn’t hard to find. It was easily accessible, but the downfall was how expensive it was. It was $40.00 for the event parking, but the convenience of already being in the venue was worth it. We got there around 7 and a lot of people had already parked in the garage, so we had to go down to the third level and park there. It was organized with workers collecting money for the parking in exchange for a receipt of my transaction and a yellow ticket I received which I was told I needed to keep with me until I left. There also were worker standing in all areas of the garage guiding you to the next open spot so it wouldn’t get confusing and would keep traffic flowing.

Near where we parked were the elevators to get to the National Mall, which was connected to the Verizon Center. It was sort of confusing for someone that wasn’t already familiar with the venue, but since I had been there many times before I knew my way around. I had to help assist other concert-goers that looked confused and led them the way to the venue. We walked through a little bit of the mall in order to get to the venue. As soon as we walked in the venue there was a row of metal detectors we had to walk through with workers checking all bags anyone had. After making it passed the detectors there was another row of workers scanning tickets. It was very organized in order to efficiently get all concert-goers in the venue at a fast pace.

After getting in the venue we decided to look for where our seats were, which was in section 432. Since we were in section 432 we had to go up the escalators, which were easy to find since there were many signs leading you to them. I noticed there were a good amount of people but not too packed where it became overwhelming. We went to the bathroom first, which was easy to find and didn’t have a big line. They were pretty clean and had a lot of toilets/sinks in it to make it a quick stop for all the concert-goers. Before finding our seats we wanted to get food, which there were conveniently a lot of small kiosks for. We noticed that most of the food at the places were the same: burgers, pretzels, fries, chicken tenders, and nachos. We stopped at the closest food place to our seats, and it was very expensive. For a burger meal, chicken tender meal, and two waters (which for safety purposes had to be poured out of the bottle into cups) it cost us a whopping $32.00. After we paid for our food we walked to our seats, where a worker greeted us and helped show us where to go. Having a worker there made it easy to find our seats, especially with it being packed and semi-dark in the venue. When we sat down we had just enough time to eat before the first actual opening act came on. There was a DJ name Lil Panda playing good music while we waited for the first act to come on, which was cool and got a lot of the fans in the “concert mood.”

On this tour he has three opening acts, but at this specific concert only two opening acts performed. Normally the third opening act for the tour is Halsey, but she was not able to be at the Verizon center that night. The two openers that did perform were first, Travi$ Scott, and then Banks. Travi$ came on at 7:30 and performed a handful of songs, from his old popular music to his some of the songs on his new album, Rodeo. A couple of old songs Travi$ performed was Mamacita, Drugs You Should Try It, and Upper Echelon. From his new album Rodeo he performed his favorite, Pornography. Also from Rodeo he performed Pray for love, 90210, and his most popular song, Antidote. After Travi$ there was a small intermission, and then Banks came on. A couple songs she performed were Alibi, This is what it feels like, Brain, and Change. She ended her performance with her most popular song, Goddess.

After Banks ended there was another small intermission, and then the much anticipated Weeknd came on a little after 9 o’clock. He opened up with the first song on his new album, Real life. He stood behind a big screen that covered him and his band with intricate black and white designs moving all over the screen. He was still visible through the screen though, which was very different but so cool to see. After Real Life he immediately moved on to the second song of his album, Losers. Instead of going in order for the rest of the album he switched it up and made his third song Acquainted, my personal favorite. He continued to perform songs from Beauty behind the Madness and also some of his old popular music. Some of the throwback songs he performed were High for this, Or Nah, The Morning, Crew Love, and King of the fall. He performed every song from his new album, and ended with his two most popular songs: Can’t feel my face and The Hills. After The Hills he left the stage for about 5 minutes, but came back on one last time for an encore. He played his most popular song ever, which is Wicked Games.

His voice throughout the concert was crisp, clear, and mesmerizing. He definitely sounds just as good as he did on his album, if not better live. He interacted with the fans in between songs and introduced his band to the audience. Overall, he gave an incredible performance which gave all us fans a night to remember. After it was over it was like a mad house trying to get outside the venue and to parking. Finally after 20 minutes of walking we found our car. Due to everyone trying to exit at the same time we had to wait an additional 45 minutes in our parking spot waiting to move, which was the biggest downfall of the concert. People were ready to leave and having to wait the additional 45 minutes was pretty frustrating. As we got to the top of the garage we had to hand a worker back our yellow ticket, which was also our exit ticket. We got out of the venue’s garage around 12:15 am and were on our way after a long but exciting concert. It was overall a great concert, and The Weeknd was definitely the highlight of it. He put on a great show and I would definitely go to another one of his concerts at the Verizon Center. 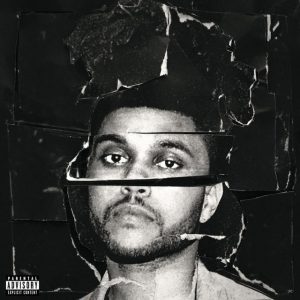