One of my favorite quotes is by Shakespeare from his play Hamlet, “There is nothing either good or bad, but thinking makes it so” – (Act II, Scene II). 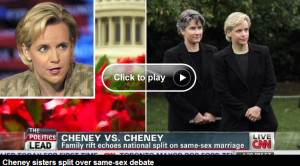 This captures the idea that we as a society decide what is acceptable and what’s not. If you want to be a greedy bastard and step on top of others to advance in the work place, all you have to do is say you’re ambitious and that makes it okay. If you want to completely disrespect one by telling them that you think they are stupid, act like a baby, or look like a donkey’s ass it’s okay as long as you say “no offence” or it’s the “truth”. Does that make the comment hurt any less or acceptable? No, but our society wants to be able to do and say what they want, so we’ve come up with all these rules and exceptions.
Now I’m sure by this point most of you are saying “so you think it’s okay to kill someone?” my answer is NO. I agree with society that killing or harming someone should be considered wrong. And now I ask you to look further then into this quote. When Shakespeare wrote this hamlet was trying to justify killing the king, proving that if you can make yourself believe something it becomes true in your mind. There are no rules nothing is “right” nothing is “wrong” you have to decide for yourself what you believe to be good. No longer can we let others decide for us. We need to stand up as a group of individuals united. If everyone just submits to one way of thinking we would be naive to think no one will rebel because no two people are alike. It’s all about respect. Until we can respect one another and their opinions we don’t have a hope of achieving world peace.