Roads can be a dangerous place or your best friend 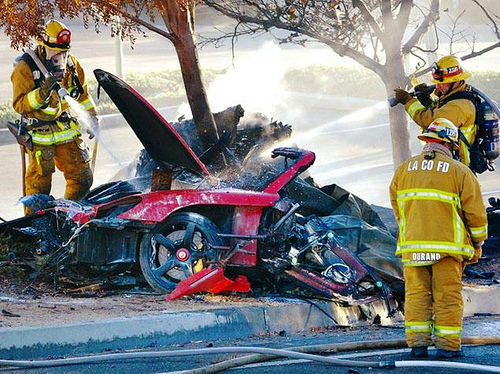 Driving fast is a very thrilling feeling with your windows down, your hair out, having your music on full blast.

It’s also a great way to get away from reality in a weird sense if you think about it. Some of us enjoy the thrill.  Some of us like the feeling of driving fast.  In a sense we are unbreakable.  That feeling that we are protected in our vehicle…

But in fact it’s highly dangerous.

We drive on roads with strangers.

When you think about it, we don’t know what the person in front of you, behind you or beside you is going through or if they’ll screw up. You’re putting your lives at risk every time you enter your car or anyone’s car. You never know if you’ll get hit by a drunk driver, an angry driver, etc.

As citizens we need to feel there are other people whose safety we need to take into consideration.

When you get into a car, that’s reality.  We aren’t in Nascar competing to see who’s faster. We are responsible for our own actions.

For example, famous Hollywood star Paul Walker, who played the role as the cop in Fast in The Furious movies, in the movie was persuaded into the lifestyle of drag racing and gave up being a cop–because of the thrill.

Meaning anyone, President, Cop, Teacher, etc., could all do that and that’s because we all have a choice.

In reality Paul walker ended up dying in a tragic car accident.  Maybe the fantasy he lived in his entertainment life fed on to him and he forgot that this was real life.

In reality, not fantasy, he and a friend of his died that afternoon.

The moral is to think about the outcome when you’re on the road.  What turns you take, and the speed you drive, could cause that one mistake costing you your life or the life of another innocent person.
Related articles