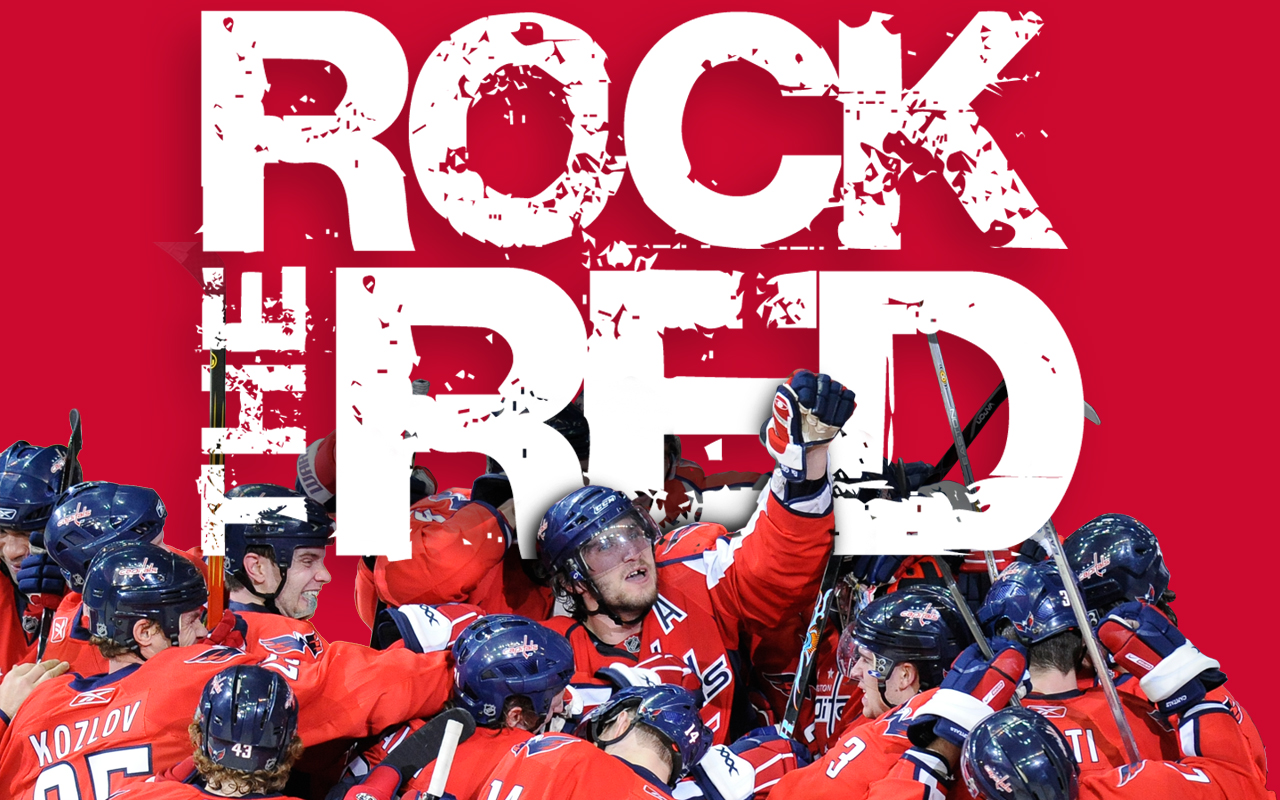 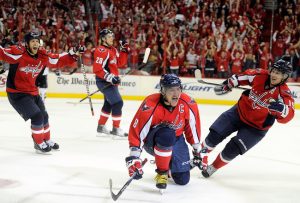 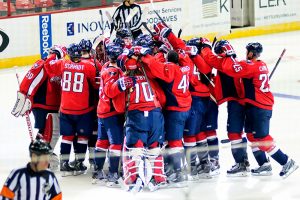 Last night the Washington Capitals played against the New York Islanders in-game five at the Verizon Center. Going into this game the series was tied 2-2. Home ice advantage can play a huge role in getting the win, it’s always harder to perform as the away team. The crowd tends to get in the away teams head and they get frustrated, unless the away team scores first, they can take the crowd out of the game by silencing them because they scored first. The crowd goes silent after that. Both teams have played an intense series so far, arguably the most intense series so far in the playoffs. The physicality and pace of the game is how people describe it “playoff hockey.”

In last nights game against the Islanders, the Caps were playing well and during one of the board plays in the corner below the goal crease. John Tavares was checked while handling the puck by Brooks Orpik, Tavares fell on top of the puck, covered it with his hand and passed it behind him to himself. Covering the puck with your hand is a minor penalty for delay of game. There was no call, Tavares passed it to Bailey at the top of the slot and he hammered it home. The Caps were furious there was no call, the fans started chanting “Refs you suck!” The Caps would bounce back with a drive from Marcus Johansson’s shot; bounced up into the air and Evgeny Kuznetsov whacked it mid-air into the back of the net. That would be the end of the first period tied at 1-1.

In the second period, it was a standoff between teams. No one scored until halfway through the period. Karl Alzner scored from the point with a slapshot. The score was now 2-1 Caps. The Caps were out skating the Isles, and making them look dog tired. The Islanders took a penalty at the end of the second for tripping. And that would end the second period; Caps up 2-1 going into the third.

At the start of the third, the puck was dropped beginning the Caps power play. The Caps weren’t able to do anything on the power play, but 40 seconds after the power play, brooks laich was able to score 2:42 seconds into the third period making it a two goal lead. About four minutes later, Evgeny Kuznetsov would strike again on a break away. He deeked left to his forehand and then to his backhand making the goalie slide from the left to right allowing him to go five-hole and score the best goal of the series so far making it 4-1. Jason Chimera would score 2:41 seconds after Kuznetsov with 11 minutes left in the third making the caps lead 4 goals.

After the upset in goals for the Islanders, they become furious and upset. They started to try to fight with the Caps, things got vicious. Matt Martin along with Cal Clutterbuck on the Islanders would get a 10 minute game misconduct for trying to fight and Clutterbuck got an additional penalty for slashing. The Islanders were so pissed off. They let the game slip away and they knew they were now down in the series 3-2. The Caps can now take the win at Nassau Coliseum in New York for game 6 on Saturday to clinch the series.

The Caps rink is one of the loudest rinks in the National Hockey league reaching about 128Db in the Playoffs. Fans chanting “Lets Go Caps!” to every horn sound. This is quite intimidating for any away team, which is why it is an advantage to have home ice. The Caps have made D.C and northern Virginia a “hockey town.” The fans are so lively, the atmosphere during the season is amazing, but during the playoffs, D.C is overrun by a sea of red and it is simply spectacular with Washington’s fan-base.

Sports are fun to attend, but hockey games are a whole new level of an experience, whether its your first game, or your thousandth, it will always be an amazing experience. The crowd and fans are so friendly at Caps games (unless they are the other teams fans there). If you have never been to a hockey game, you should go. It doesn’t have to be a Caps game (although i recommend it should be). The Rink is one of the best rinks in the NHL and they are always talking about how loud the Verizon Center gets. Playoff hockey is much different from the regular season with the physicality and pace from the regular season, but the Caps fans are ALWAYS loud.

Everyone would love hockey, its face pace, physicality, team play, and sportsman-ship. Young or old, anyone would love the game of hockey. I fell in love with the game in 5th grade when my uncle took my family and I to a game. Alex Ovechkin scored a hat-trick in my first game, that was an amazing experience because everyone throws their hats onto the ice, the siren goes off when he scored, lights flashing, people screaming, it’s almost overwhelming and takes your breath with excitement. So give it a chance, maybe you’ll fall in love with the game like I did.

Caps fell to the Islanders in game 6. Last night on April 27th the Caps played the Islanders in game 7 at 7:30 pm. The Caps battled hard, scoreless through one period, Joel ward would break through off a Brooks Orpik slap-shot from the point taking a 1-0 lead into the third. Islanders would come back to tie it 5 minutes into the third. 8 minutes left in the third, Kuznetsov would score off a individual effort pushing into the high slot and with patience outplays the goaltender to make it 2-1 Caps. Caps fend off the Islanders to win game 7 and win the series. I told you Washington is a hockey town, #RockTheRed.