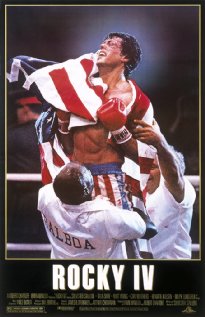 The movie Rocky IV was released in 1985. It was written by, directed by, and starring Sylvester Stallone. It was symbolic of the Soviet Union at war with the USA.   The Cold War had began with Stalin and Truman but it was coming to a end with Reagan and Gorbachev. Republicans were quick to take credit that they won the Cold War when no one really won the war.  The US spent trillions of dollars arming themselves for a war that never came.   Most Americans found it difficult to get used to the idea of no Cold War. This movie was a form of positive propaganda in the United States as they were winning the war in the 1980’s. 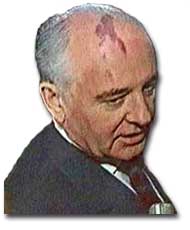 Gorbachev had realized he didn’t want to be knocked out of the war so he decided to let the ref call the fight. Gorbachev allowed the USSR to break up and helped form a new economy in Russia. If boxing is symbolic to the Cold War this would be the final round between Reagan and Gorbachev.

I wonder if the Soviets had this type of propaganda and if watching movies like this had an effect on reality?

The Cold war ended with the break up of the Soviet Union and the fall of the Berlin wall in 1989.

George Bush Sr. was now president and we would now face a new threat in Iraq during Operations Desert Shield and Desert Storm in 1991.

Is American tension with Russia renewing the Cold War?