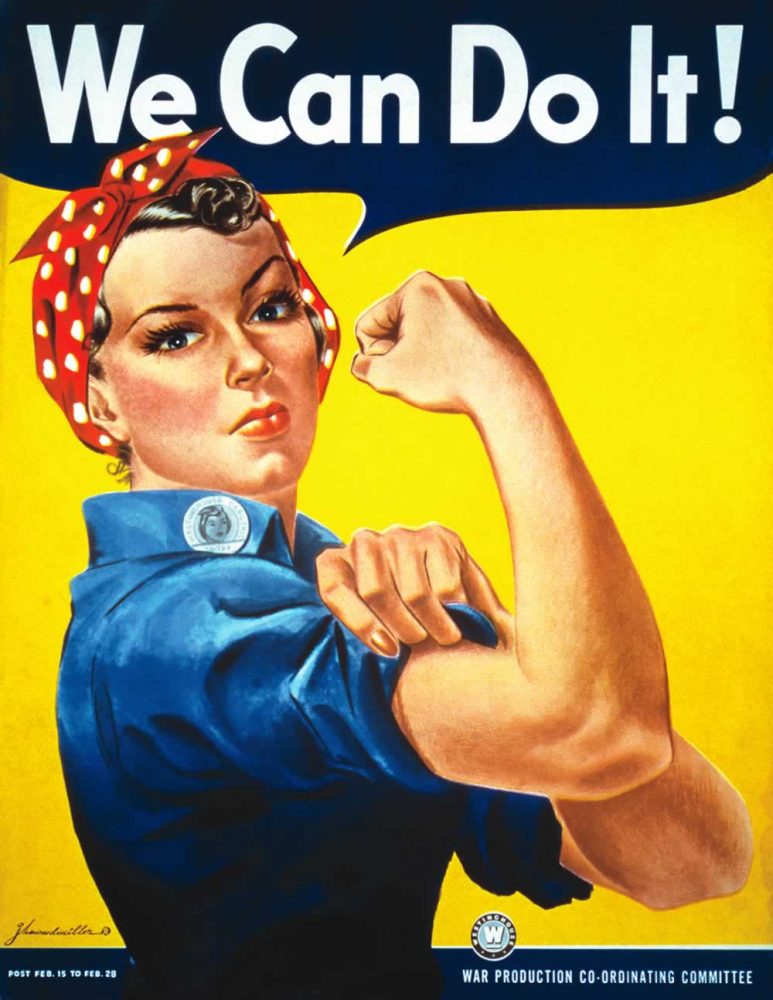 Rosie the Riveter was created by J.Howard Miller and modeled after a factory worker named Geraldine Doyle. When this was made in 1942 the presence of females involved in the workforce was jumping from around 27% to 37% by 1945. This painting was a great push for women to get jobs outside of the home during World War II, and after the emergence of Rosie about one in four women were working outside their home. 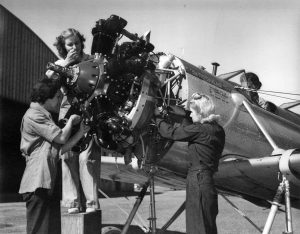 The United States definitely needed women to become a part of the industrial workplace since all of the men who were originally dominating that field went away to fight in the war. Rosie the Riveter was one of the most powerful pieces of propaganda in the 1940’s and is still a symbol of empowerment today!