Running Away to Find Freedom in Russia 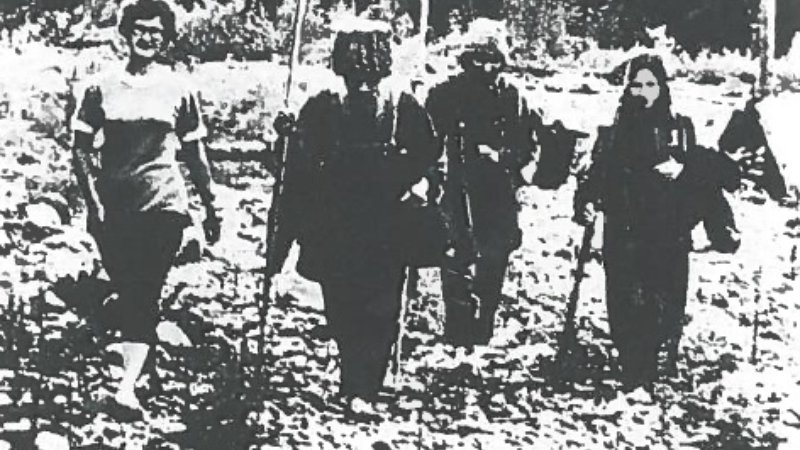 In Abakan Tashtvpsky District, Russia in 1936 the Lykov family escaped from the Communists. They decided to become isolated from the intolerance of their beliefs. During the early days of Communism under Stalin there was  persecution of  fundamentalists of the Russian Orthodox Church . When the Lykov family ran away, they found home in a very poor land to cultivate and scarcity of animals to hunt. This family struggled to survive in cold temperatures and limited resources of food but that’s where they found their home.

In 1978, an expedition of geologists found the Lykov’s family while they flew over the area. From the sky, they saw a small tent and some smoke that could only be work by man’s hand. Archaeologists predicted that somebody  might be occupying the place which was 240 km away from any civilization.

They met Karp,  an old man barefoot and his clothes all mended. Karp  invited them to his home. There was his wife Akulina Lykov and his first two children with whom he had reached the land. The children were 9 and 2 years old. But the family count did not finish there. After living there for a long time, they gave birth to two other children, Dimitri and Agafia. They had never seen anything of the rest of the world.  They did not know anything of common life and socializing with others. They only knew something of what their parents told them. Each member of the family possessed specific abilities that had helped them to survive in this tremendous place.

In those years they had not heard of a World War II.  They were told that the man had reached the moon, they did not take it seriously. The only contact they had had with the new advances was that one night they saw lights passing in the dark sky. Some of the family members were dying when they were found. Akulina died of hunger in 1961 and three of her sons followed her. The father died 27 years after his wife, but still little Agafia is still alive, of course, she is already a lady. Se refuses to leave the taiga, she said she will never leave.  Sometimes helicopters bring her supplies to make her more pleasant to stay in that place.

No matter where we live and where we go. We will always live life the way we see it and we believed it should be. Like this family who lived 42 years in isolation without any contact with human society. There are others family who found a better life without  laws and rules.  This family chose to leave the laws and rules of Communism to live there own life.  The land was so big that they could do this and not be missed or noticed. I think they found real freedom even though they lost contact with the world.

Sometimes I think the educated people get lost in the laws and rules.  Sometimes those who think they are civilized are not really free.