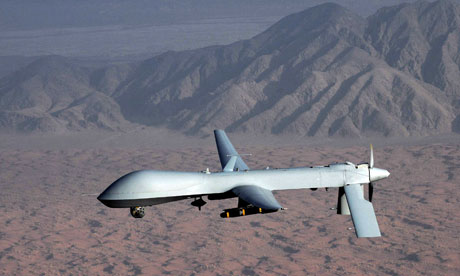 Russia is sending drones to Syria with surveillance to help Syria against ISIS.  The official were no able to tell if the drones are armed or not. Russia has sent attack aircraft, helicopters, tanks, and 500 personnel in Syria.  Russia hasn’t still send a combat mission yet, but they are watching closely to all movements in Syria.
In addition, the Russian Foreign Ministry said  “We expect a clear position in regard of this terrorist act from all members of the international community, including regional parties,”

Russia is inviting other nations to fight against this terrorist group so that all together they can defeat ISIS. Now, The pentagon is worried about cooperation with Russian aircraft while the US is helping fight the terrorists groups in ISIS.
Russia and US should work together in order to stop the terrorist groups. Instead of Russia just sending their aircraft and sending drones to help the US in fighting ISIS;  both Russia and US joining forces will help Syria to stop ISIS.  Right now Russia and the USA are not willing to work closely due to differences in their politics.