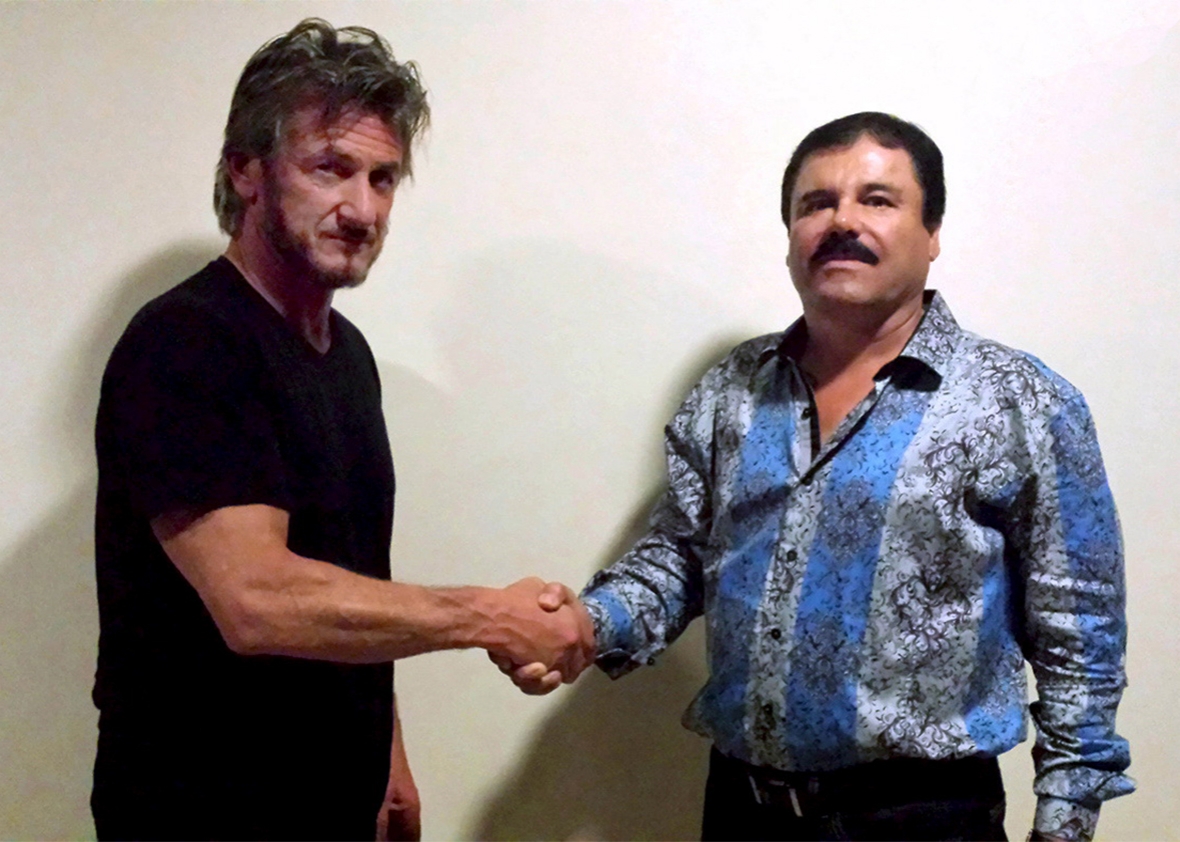 The actor Sean Penn had the opportunity to interview El Chapo through his relationship with Mexican actress Kate del Castillo. Sean Penn interviewed the drug lord about a “conversation about the policy of the war on drugs.” The Rolling Stone article was published and covered El Chapo’s confessions. Although Penn felt his article failed him. Penn has potential legal issues for secretly meeting with a fugitive. Penn hoped that his article would point out the government’s pursuit of individual drug lords, and cartels do not dent to overall cartels drug use.

In one of Penn’s questions he tried to point out if El Chapo thinks if he is responsible for the high levels of drug addiction. The response El Chapo gave was “no”,  because the drug trafficking does not depend on only one person but many. If there were no consumers, there would not be no sales.  The drug king is rich and famous because the people made him to be with their demand for illegal drugs.

The Mexican government should not blame Sean Penn for meeting with el El Chapo because now they have  him recaptured. However, the points El Chapo said about people being consumers is impressive because the government only wants to put the blame on him. The Mexican government should not put the blame on the drug lords for selling, but they should try to stop people consuming drugs. In reality drug lords aren’t the blame for the countless deaths  by overdose, nor for an enormous amount of people consuming drugs. The government should find a way to help people rehab. and market against the dependency on drugs instead of making a violent war out of chasing down the drug kings like El Chapo.