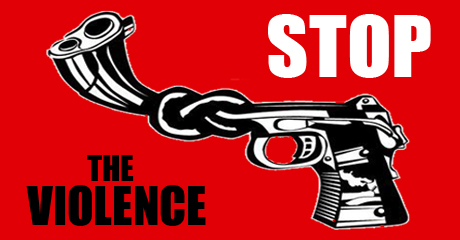 Controversy is present in almost every political issue in the United States. Regarding gun control, there are a lot of gun owners who are defensive against their right to bare arms, a.k.a. the second amendment to the constitution. There are people all over the country who own guns, whether they are handheld or military level rifles. Their main answer to the question, “Why do you own a gun?”: It’s cool. It stops being cool when AR-15’s, which are military-style weapons, are being used to take the lives of innocent people in attempted and successful terrorist attacks. An AR-15 was the assault rifle used to kill 2o children and 6 adults at Sandy Hook Elementary in Connecticut. How does that not classify as terrorism?

Owning military style weapons just because they “look cool” or are “fun to shoot” is slightly arrogant. There are wars going on in the world where these same weapons are being used for evil. Gun violence will not cease until they are taken out of the hands of criminals, terrorists, and mentally ill people.

There have been multiple domestic terrorist attacks where guns that were purchased, legally and illegally, were used for the sole purpose of hurting people (Sandy Hook, Columbine, San Bernardino,etc.). Because of this, though we should not completely relinquish the people of their second amendment rights, we should mediate and moderate who buys these weapons and be completely sure that the consumer has good intentions.

http://www.theatlantic.com/politics/archive/2015/12/the-abomination-of-gun-violence/418527/
On THURSDAY January 7th President Obama held a town hall meeting at George Mason University.  He announced his executive action on requiring universal background checks for all gun sales in America. To see how emotional and deeply rooted in history and culture Americans are when it comes to the 2nd amendment check out the links below. 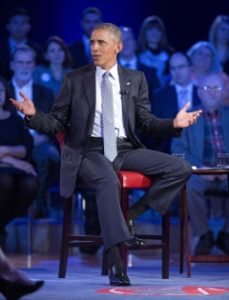