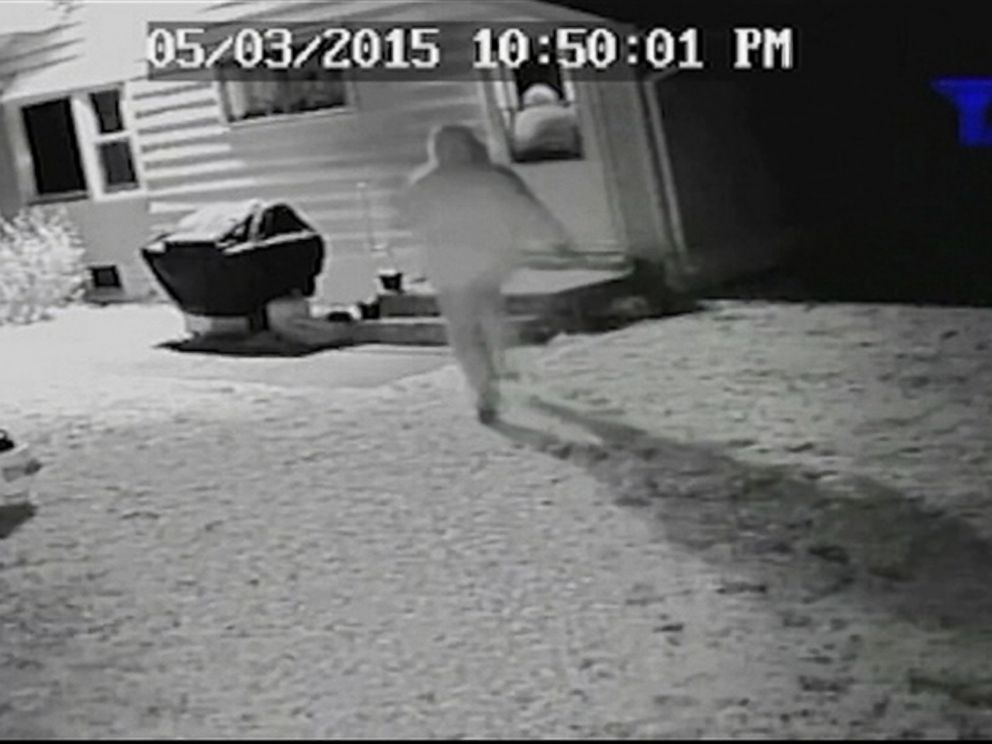 A burglar walking towards the house of Christine Beebe

On May 3, at 11 p.m in New Hampshire, two burglars approached a 63 year old lady in her home. They tied her up onto a post, then forced her to tell them where she kept all her valuables. The tied up victim’s name was Christine Beebe, she was forced to give up her location and her valuables; without hesitating, she told them the location and code for the safe. The two burglars then left the scene with three bags filled with what we assume where the valuables. Christine was then left tied in her home for about nine hours to be found by two contractors.

“They were going there to do some work on the bathroom and thank god that they were,” Conners said. “When they get to the door they can hear her hollering in the basement… and they were shocked to discover she was zip-tied to a post.”

When freed, Christine was taken to a hospital, she was in critical condition. She has now improved to a more stable/standard condition. The two men had stolen about $20k-$25k worth of goods which they then took to a pawn shop that was 200 miles away from Christine’s home. Police are now working with the NYPD to have a further investigation on the whereabouts of these two burglars.

Police said Beebe’s husband, Arthur Beebe, is currently serving a sentence in New Hampshire state prison after he was “involved with some stolen items through his family business.”

Who in this world would ever justify forced entry into a home?  Imagine being tied up just to have your belongings stolen? It sucks to see what people do these days just to get a couple of bucks off whatever or whomever they can. There is no need to put another’s life in danger if you are trying to make money.

We are provided with jobs for a reason; to satisfy our needs in a just way. Any more hours and Christine could have possibly blacked out or passed away. Some people surprise me with the amount of effort they put into getting what they want by taking the hard way. I’m glad the lady is safe and hope the burglars meet justice over their stupidity.