SOCIAL CHANGES IN THE 20th CENTURY

Americas social changes were caused by Industrial owners , Labor Unions, Third party politics, Women rights activists and immigrants.   In the early 20th century, the American people benefited from industrial growth.  Cheap labor assembly-line manufacturing was a major factor in this growth but it also had adverse effects. Women fought for their rights to vote, to have equal pay and to have good conditions for women in their jobs.

Third Party Politics made a big  movement in America because Americans were tired of the two parties.  They didn’t cover everything they wanted. Ex president Teddy Roosevelt  introduced the first successful third party that made an impact in the White House.  Immigrants came from many different countries chasing for the American Dream. Immigrates made a huge impact in America because they brought many different cultures to America.

African Americans were still fighting for their own rights  in the 20th century because whites treated them like they were not worthy, they segregated the colors and the whites from public uses like bathrooms, schools and buses. One big impact in Social Change was the telephone and other media technology like the radio, motion picture and T.V.  This helped people communicate with each other better and become more educated about the world. 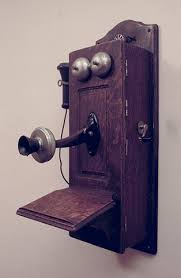 Overall the 20th century made Americans become more social with each other.  I wonder what history will say about the social affects of  technology in the 21st century.

What if none of these events happened?  Do you think you will be here today reading this?

What do you think life would be for you?  I think that past events make present events possible.

Remembering Haymarket: May Day and the Fight for Eight-Hours

How America Abandoned Its ‘Undeserving’ Poor