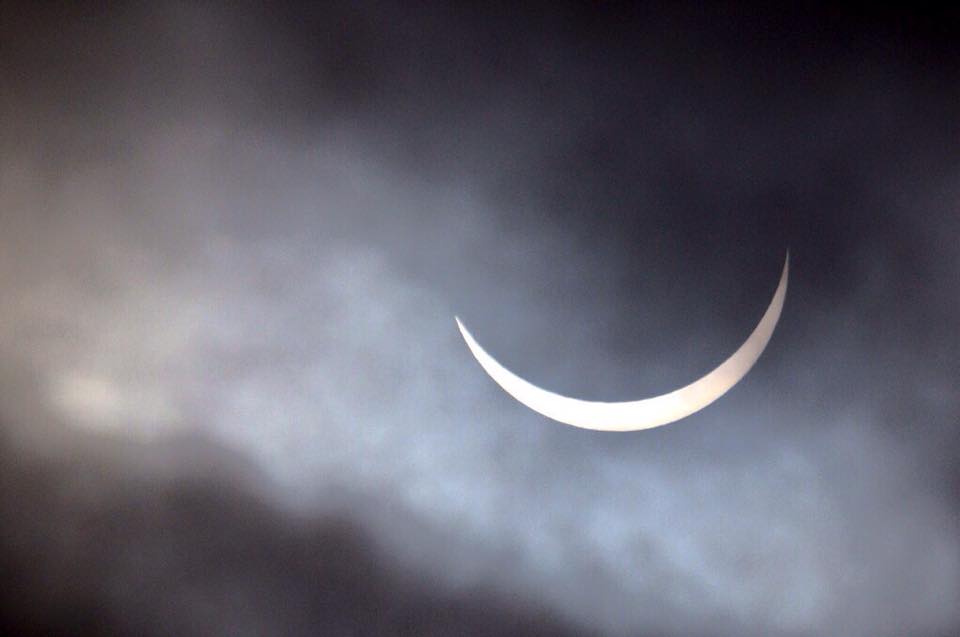 On Friday March 20, the sun was covered by the moon for a short time.  As you move away from Northern Europe and Canada the eclipse was less. The phenomenon was complete in the Faroe islands, the North Atlantic and Svalbard in the Arctic Ocean. In Spain, in some areas, the sun hid more than 50%.

In an area of ​​about 310 miles wide and 3,479 miles long, from the North Atlantic to the North Pole, the moon hid the sun slowly until it was completely hidden for two minutes and 47 seconds maximum. Only those who were up really early in the morning in Faroe islands around 5:41 am or on the Norwegian archipelago of Svalbard at 9:11 am saw the sun become a black disk for a moment.  In a wide area around the “full range”, the eclipse was only  partially. This is the case of southern European countries, North Africa, and northwestern Asia. But it was, at least, a pretty sight.

I think it would have been a really good experience for all of us if this eclipse happened in the US. On 14 December 2020 a total solar eclipse will be seen in the southern Pacific and Atlantic Oceans, Antarctica, the countries of Argentina, Chile, Peru, Ecuador, Bolivia, Paraguay, Uruguay and Brazil in South America and it will occur in some African countries of Namibia and South Africa, according to Wikipedia.

It is interesting that natural phenomenon like this have been associated with political power or a sign of the gods in the past but in our modern world it just makes for a cool photo opportunity.