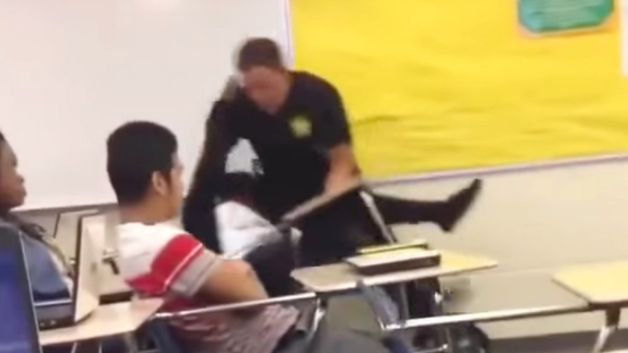 Summary : A white sheriff’s deputy abused his power with a black high school student in Columbia, S.C. two weeks ago. The student was using her phone when the officer was asked by the teacher to remove the student from the classroom.  The police officer grabbed her and pushed the desk backward.  The police officer has a background of abusing his power.  The difference in this case is it was caught on video.

Problem : there is a growing distrust between police and the black people of America. As I am writing this the latest news is that this officer lost his job.  Read more about it HERE.

Solution/opinion: Its very wrong to do that to any one. She is only a teenager and she is in school. That would make her look bad and it would make others sacred. Even though she was disrespectful and disobedient she was not endangering anyone’s safety and she was not breaking any public laws.  The school authority should have handled it better.  This was not a job for the Police.