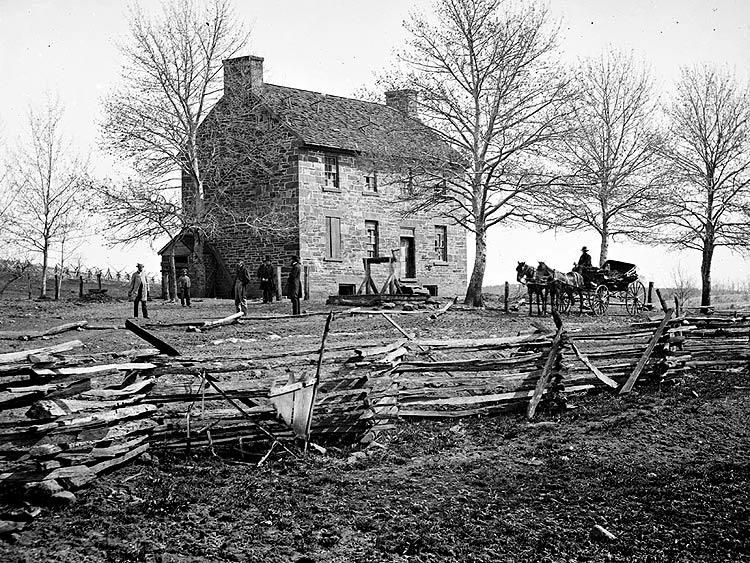 Did you know that we can walk in the footsteps of Civil War soldiers right here in Centreville, VA.?

If we leave school and go west on rte 29 we will come across a house which has been standing since before the Civil War. A traveler from 150 years ago made this observation when he came to the house after the Civil War.

“The house was formerly a tavern, and the man who kept it was one of those two-faced farmers, secessionists at heart, but always loyal to the winning side &. He had managed to get his house through the storm, although in a somewhat dismantled condition. The bar-room was as barren as the intellect of the owner.”

This Stone House was built in the second quarter of the nineteenth century. It was a tavern that fed weary travelers and gave them a place to stay the night.  From 1850-1865 it was owned by the Mathews family.  During the war it served as a hospital for both the Confederate and the Union armies.

The first Battle of Manassas was on July 21, 1861, the Stone House.  During this battle  the house fell into the hands of pursuing Union troops advancing south along the Sudley Road.  The building served as shelter for the wounded.  Today you can still see the carved initials on the floor boards from soldiers who wanted to leave their mark.  After repulsing the Union attack on Henry Hill and Chinn Ridge during the afternoon. Confederate troops retook the Stone House, capturing a large number of wounded and 36 other Federals inside.

In the summer of 1862 General Pope of the Union Army made a headquarters just north of here.  The Union Army was forced to retreat and many wounded once again stayed behind in the stone house.

I think the Stone House is standing still today because it was neutral.  The owner didn’t want to have conflict with either side.   Another theory can be that the house is between two hills and the cannons didn’t reach it. Its possible that both sides knew that the house was there  to help soldiers no matter if they were in the Union or in the Confederacy.So that’s why they left it there.  It serves as a reminder today for all of us.  Have you seen it yet? 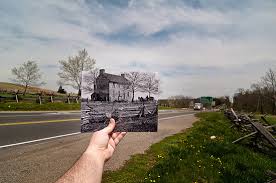