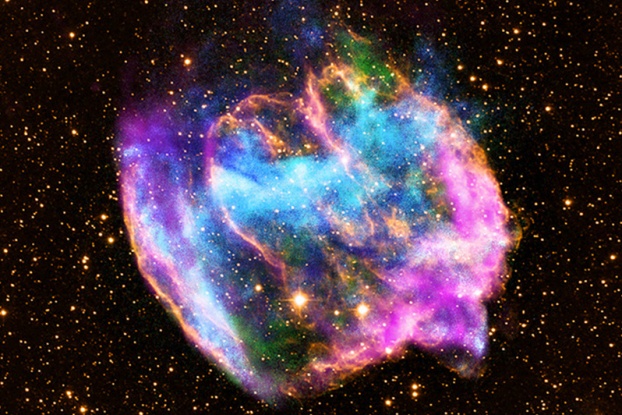 The universe is a place that has a lot of mysteries that we are only starting to even think about and understand. Also, has incredible things such as supernovae, which are pretty important to us. A supernova is the explosion of star. It is the largest explosion that takes place in space and it happens at the end of a star’s life cycle. 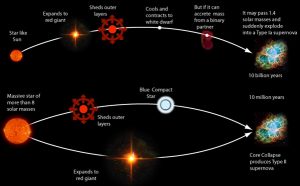 Supernovae are often seen in other galaxies, but are difficult to see in our own Milky way galaxy because dust blocks our view. But, what causes a supernova? A supernova happens when there is a change in the core, or the center of the star, and that happens because the star doesn’t have enough energy to keep that mass. When there is no production of nuclear energy in the center of the star it burns out. The star then has to contract and collapse. The bigger the mass the more catastrophic the event is going to be. Big stars that have 8 times more mass than our sun try to burn heavier elements such as hydrogen, helium, and carbon. This all results in the star making iron which is bad because when the star tries to fuse iron it takes up extra energy.  So if you fuse Iron you are actually absorbing energy instead of letting energy out to support the star. Finally, the star will die a couple of milliseconds after it begins to fuse iron.

In conclusion, everything in the universe started with an explosion. That’s why supernovae have the potential and power to create, alter, and destroy life. Also, metals such as iron, silver, and even gold were created in a supernova’s explosion.