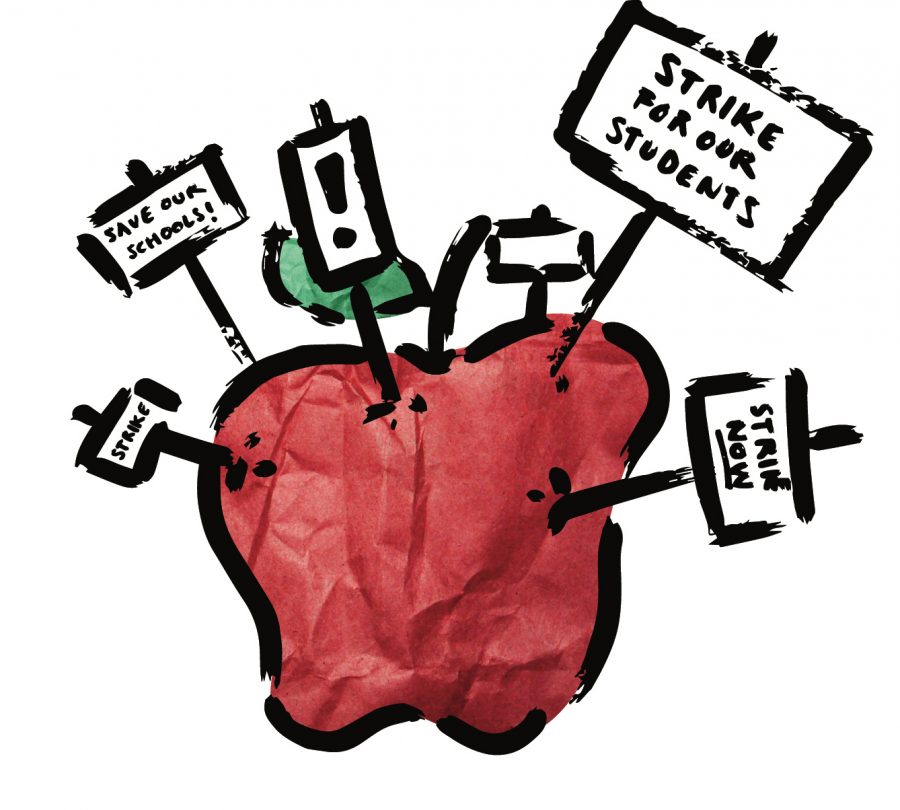 If education is a human right then it is important to protect this right with justice.  According to recent statistics there are 13,506 school district governments, 178 state-dependent school systems, 1,330 local- dependent school systems in the United States. The concept of equity for students and teachers is growing in popularity because of a history of injustice and our increasing diversity in American society.

School was called off for a fifth day in Chicago after the city and striking teachers in the third-largest U.S. school system failed to settle a contract dispute over issues such as class size and staffing. The strike is the latest in a wave of work stoppages in U.S. school districts in which demands for school resources have superseded calls for higher salaries and benefits. Chicago’s public school system is the 3rd largest public schools systems, with 300,000 students who have been out of school and without after school activities since last Thursday when the system’s 25,000 teachers went on strike.

The Chicago Teachers Union called the work stoppage after contract negotiations with CPS failed to produce a deal on pay, overcrowding in schools and a lack of support staff such as nurses and social workers. The strike in Chicago is the longest teacher work stoppage in the United States since Union City, California, teachers staged a four-day walkout over pay last spring. Los Angeles teachers held a week-long strike last winter over similar demands involving pay, class size and support staff. On Tuesday, Democratic presidential candidate Elizabeth Warren joined striking teachers at a rally at an elementary school on the city’s West Side. Although the latest work stoppage has forced officials to cancel classes and sports events, school buildings are staying open for children in need of a place to go.

The strike enters a seventh school day, now this strike has effected extracurricular activities such as popular high school  football games. There was a three week strike in Union City, California in June this year, the teacher’s Union had responded to Chicago congratulated them and saying sadly it is necessary to have the strike, for changes to be made you need to strike for better schooling, fixing staffing shortages and student overcrowding. Yesterday the union’s chief of staff said that their was progress made at the bargaining table on Thursday, though she said it’s still at a stand still as she says their was a “good back-and-fourth today, but the open issues we are still trying to land”.

I feel like this strike is very important, as I can understand the teacher’s points that class sizing and support-staff is very serious. It’s important to have good class sizes as every student’s need is able to be met, whether some students may need more help than others, and some students need hands on learning, where in a overcrowded classroom, that isn’t possible. Another issue they are striking about is under staffing, many teachers explaining how some schools might not not even have a nurse available, which I think is a very necessary factor, if something bad happened to a student their would be a nurse present to assist the situation. Chicago’s public school also have a issue with a shortage of social workers.