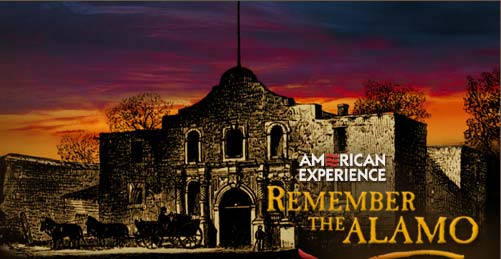 “Remember the Alamo!”  was a rally cry that motivated Americans to fight.

The Battle of the Alamo (March 1836) was a watershed moment  in the Texas Revolution. Tension was beginning  to rise between  the Mexicans and Americans after a 13 day siege. The Mexicans retaliated by launching an attack on the Alamo; a mission church which was an American outpost of independent Texas rebels. The Mexican forces profoundly outnumbered the American soldiers. There were about 2,000 Mexicans against only 150 Americans. With great leverage over the Texas Americans, the Alamo was a painless victory for the Mexicans.

“Remember the Alamo” was the perpetual chant to remind Americans of all the agony they experienced during that ordeal to keep fighting for the great American destiny. The Alamo symbolizes Texas’ independence. In 1845, after Texas had been an independent republic, America finally annexed Texas into a state.  This annexation was one of the major causes of the Mexican American War which ended in 1848 with the treaty of Guadalupe Hidalgo and gave us the southwest territory pictured below. 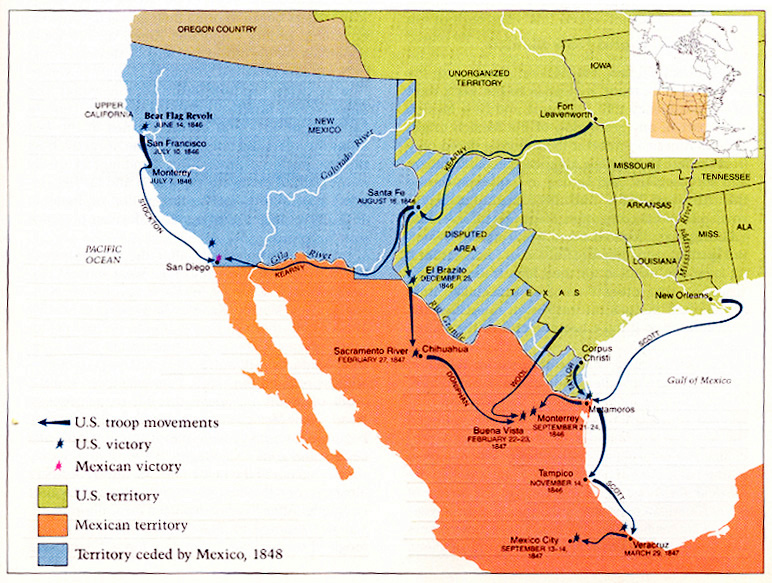 In retrospect, the American motives behind the Texas revolution were morally corrupt, but to a 19th century American commoner, it was a righteous thing to do.  It’s important to understand the polarity that exists within all of our generations; each generation of Americans has issues that shape the American point of view.  During the fight for Texas it was the moral cause of Manifest Destiny and the racism that was inherent within it.  American people in the 19th century thought differently because they lived in different circumstances.