The Art of Freestyling 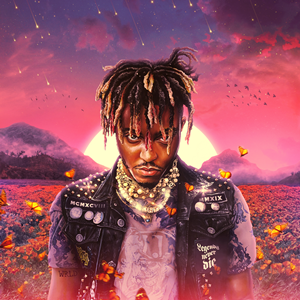 You’re all sitting in the car. The bass is knocking, and heads are bopping. This is the energy you feel when you first start to freestyle. When you start a freestyle its off the top of your head. No writing, no time to think you just speak in fluent and understandable tone. It’s all dependent on rhythm and flow. For example, Juice WRLD would go to studios and tell the producer to just play the beat. He would come up with the words as the beat played along. This is a perfect example of a freestyler.

Freestyling is the art of coming up with lyrics off of the top of your head. It’s all in the moment, so it’s hard to keep it fluent and its hard to define .  It has many influences from the hip hop culture of the streets.  Its a talent taht is respected but not easily duplicated.

Why would someone freestyle?

Sometimes you hear a beat, and you just feel the need to rap on it.  The art  is very difficult to learn because it takes a lot of time.  Like anything it takes practice and it comes from a type of immersion in the culture.   The talent of freestylin will always help with vocabulary and writing.  Some songwritiers might play in the freestyle genre to become more creative and spontaneous.

Can you explain why so much of it contains explicit or offensive language?

To me words don’t take affect on me unless it’s used in a certain way and even then i’ll still won’t be bothered. I dont get why others take so much offense to things that don’t necessarily “matter”.  On the other hand I do see how there is always a connection between words and actions on some level.  Whenever you have the freedom of expression of an artist there is always some connection to art imitating life and life imitating art.  This is why there is a debate over explicit lyrics throughout the modern history of music.

Who do people say is the best and how did it begin?

There is a huge argument between whos the best freestyler. In my opinion I think the best it probably Juice WRLD because all of his songs were freestyles, and I confidently say he has no bad songs. KEEP IN MIND THIS IS MY PERSONAL OPINION DON’T GET MAD.

Why do some of the artists reach such a tragic end?

What is the relationship between the words of the music and the reality of their life? Artist sometimes live what their rapping for example Juice WRLD always talked about his excessive drug addiction. Most of his songs have a drug reference and sometimes he has the audio of him drinking codeine and popping pills. His drug addiction did end up taking his life at the age of 21, just a few days after his birthday on december 8th. Everyone knew Juice had a drug problem but no one took action. His friends said that he only went to rehab to lower his tolerance he never wanted to stop. What exactly led him to drugs to cope with his problems could be many things like ex girlfriends, battling his own mental demons, and being traumatized from living in a bad area.Whatever he went through definitely messed him up good and put him down a path no person should go through