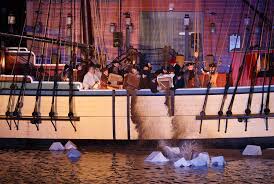 In 1763 King George III tried to re-gain all the economic cost lost he had during the French & Indian war. To recover their lost, the Parliament was trying to raise the American Colonies taxation. Of course no one would like this law, but all laws that came from the King must had been fallowed. It was not the country, but It was the Crown who had decided to tax tea, and also to take over the colonies which had become more independent during the country conflicts.

The colonies were upset by the parliament decision for making them pay for tea! This had nothing to do with them. I understand the reaction of the colonist because they might barely have money to put food on their tables. The crown was very clever, they decided to reduce the colonies taxation, but they will give the East Indian tea company a hard time to reduce tea cost.

The Americans would now get their tea at a cheaper price than ever before. However, if the colonies paid the duty tax on the imported tea they would be acknowledging Parliament’s right to tax them. Tea was a staple of colonial life – it was assumed that the colonists would rather pay the tax than deny themselves the pleasure of a cup of tea.

1773 at Boston harbor, 3 ships full of tea arrived but they were not allowed to land, instead the tea was put in a storage. They kept the sailors prisoners, but after the colonists had discussed their idea of letting the sailors leave without any payment of duty, the parliament denied their proposal. After that 200 men appear in the hill their appearance was like Indians acting like if they wanted a war. The 200 hundred men arrived to the ships and discharge into the harbor water their tea. This is now recognizing as the Boston Tea Party.

A few days later the in 1774 the Parliament with all its fury passed a law which permitted to close the port of Boston. This decision might had please the house of commons but it did not please the colonist.

I believe this was the right time and the exact moment where people could actually deffend them selves and face the parliament and their laws.  It is ridiculous that people had to pay taxes for things that most of them did not even agreed to buy or to consume.