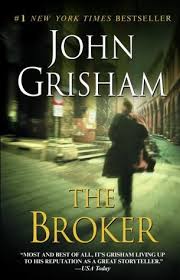 This dramatic thriller is just another one of John Grisham’s exceptional works of literature. Grisham’s famous style of fast pace and vividly detailed writing is evident in this piece. He grasps the reader’s focus through an exciting plot that brings in the beautiful country of Italy. The story’s setting in The Broker is what makes the story so tantalizing and makes you feel as if you were walking in the steps of the characters. Starting out, the highly unpopular President of the U.S. decides the pardon Joel Backman, a former Washington power broker and lobbyist who is sent to prison for a deal that went south and angered many. Backman, now Marco, is moved to Italy where he is helped by the CIA until the U.S. government releases his whereabouts. His past life now begins to catch up with him, as powerful people from various foreign countries who he had crossed begin to hunt him down. Marco is forced to amerce himself in Italian culture and society in hopes to learn the language and blend in. He makes very few friends, in an effort to keep a low profile, but works with his language tutors everyday. After a few weeks he finds out that people are beginning to become privy to his location and he realizes he has to act now or he’ll perish. Marco reaches out to his only trustworthy connection left, his son. Time at this point is beginning to run out as Marco’s past enemies start to hunt him down, leading to his escape from a life where he was already hiding. To find out his fate read The Broker, and you’ll be captivated by Grisham’s mastery of writing.