The Constitutuion; A Better Plan 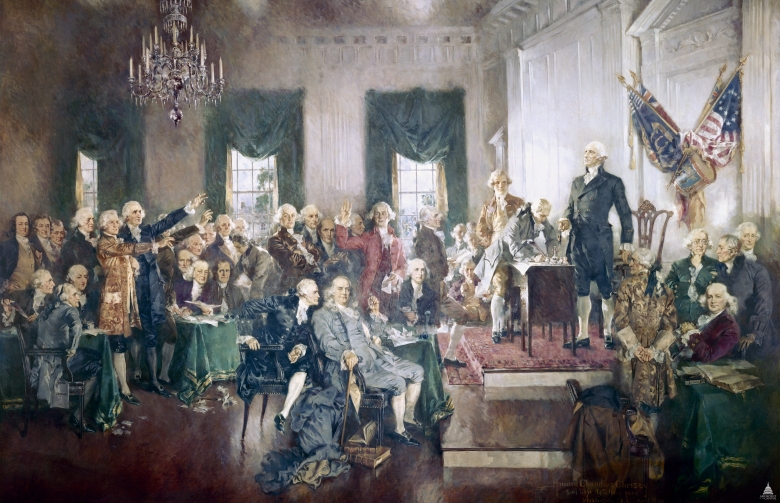 The Constitution was not just brought up out of thin air in order to prove we were Independent and had  the beginning of a successful government. Although it sounds easy, in fact it was the result of the people who died in honor of a Country that was developing. It was the result of a great political experiment.

First came the death, diseases, and hunger as we grew further away from Britain, in order to win our liberty. The flame that tortured us became smaller as we fought for our independence through freezing temperatures in winter. The Deceleration of Independence in 1776 was only the beginning of our success and our pride.  It staed that we no longer want any part of a Monarchy and a heavy taxing King. The Franco-American Treaty, helped Americans stay in control of Massachusetts and defeat Britain in the South at Yorktown. At last our freedom from Britain and our unification with other colonies helped create the first Constitution. The Articles of Confederation was the first form of government and here are few of its weaknesses,

1. weak national government= no President and no Supreme Court

2. congress has no power to tax or regulate commerce

4, each state gets one vote

The Constitution brought better ideas in 1787 and proved much more powerful than the Articles of confederation. The American leaders known as Federalists worried about the Articles because they believed that the new nation would not survive without a strong central government or a President. The Founding Fathers who wanted to protect citizen rights were known as Anti-Federalists and proposed a Bill of Rights to be added to the Constitution.  After many State Compromises between the big and the small states and the north and the south states a separation of powers throughout all the government branches came. Amendments, new laws, and the 1788 election of a new president George Washington helped the Constitution become successful and much stronger as opposed to the Articles of Confederation.