The Effective and Ineffective Types of Political Propaganda

When politicians create ads, they are thinking about various questions. What is relatable? Who is my target audience? How can I draw attention? What is my opponent doing? They want to grab voters attention’s and reel them in. There are different types of campaign propaganda used to grab voters, some of them more effective than others. We’ll be looking at the effective and ineffective types of propaganda and how they draw votes in. 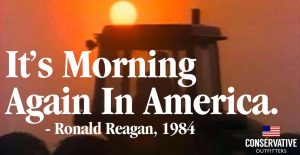 Different types of political propaganda are more effective than others. Examples of effective ones include stacking the deck, plain folk, and attack ads. These standout because they are attention grabbers, they all try to provide a big emotional pull to the voter. Stacking the deck makes the campaigner sound perfect, without any flaws. It’s all the information the voter wants to hear. Ronald Reagan used his “Prouder, Stronger, Better” ad which only included facts about himself that made him look good.

Plain folk is possibly the most effective ad as it’s designed to make the millionaires/billionaires seem like “everyday people”. These “everyday people” then relate to the politicians when in reality they live completely different lives. Examples include Dwight Eisenhower using his wife to connect with the many wives across the Country, and Adlai Stevenson walking around in shoes with holes in them. 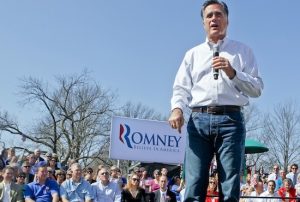 The next effective propaganda ad is focused on smearing the other candidate as much as possible. Attack ads are focused on warning the viewer of the person in the ad. They want to make it so the viewer would fear if that person becomes elected. Bill Clinton used an ad showing George Bush Sr talking about no new taxes and then “giving the american people the second biggest tax increase in American history”. George Bush Sr also had an ad showing Michael Dukakis riding in a tank while a narration of everything Dukakis has opposed in the military was read off. These three styles of propaganda are the most effective in attention grabbing and conversation starting. 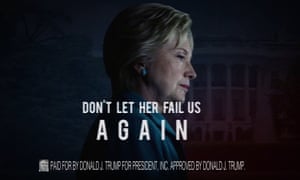 Although most propaganda techniques can still grab attention and start conversations, the following strategies are inferior to the other political propaganda because they aren’t as over the top or controversial. Strategies such as glittering generalities, testimonials/endorsements, and guilt by association/coat-tailing all have weaknesses. Glittering generalities is an ineffective strategy for the main reason that it doesn’t provide any information. It’s meant to grab the emotional attention of the voter but it does not give any real reasoning to vote for that particular candidate.  Most of the time, these slogans go under the radar as they aren’t very popular or appealing to the population. However, not all fly under the radar such as a more recent Presidential slogan that also draws upon the effective Plain Folk strategy “Make America Great Again”. 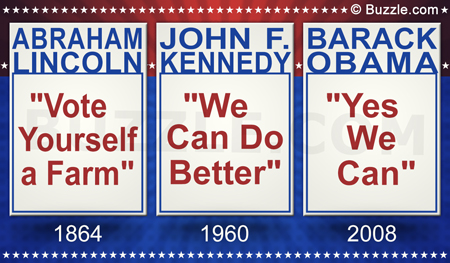 Testimonials/Endorsements are widely ineffective because not everyone can relate to the group or person endorsing the candidate. They may be effective for a specific target audience If the “Asian Americans of America Association” endorses Hillary Clinton. However it’s not guaranteed every Asian American would either relate to that endorsement or vote for her just because of it; in fact some may vote against just to prove the endorsement wrong.

Guilt by Association/Coat-Tailing is ineffective because these ads are sometimes too subtle or implied and there is a chance some people wouldn’t pick up on it or some people will interpret the negative instead of the intended positive effect. Hillary Clinton tried coat-tailing former President Barack Obama and it didn’t end up working for her because she had her own negative baggage or “coattails” from the legacy of her husband and as a former opponent to President Obama. In addition she had a record as Secretary of state that many judged negatively because of the Benghazi embassy attack. Although these are the less effective propaganda styles, they can still draw in votes when done well. The ad below represents guilt by association but in a more entertainment spotlight. Because it is more for entertainment value, it can miss the mark with some viewers who don’t pick up on the sarcasm.

Ron Desantis is a nominee for the Governor of Florida. In the ad down below, he coat-tails supporting Donald Trump as much as possible. It’s a bold strategy since this past presidential election was almost 50/50 with Trump squeaking by in Florida, and that doesn’t include the poor approval rating Trump has acquired since then. In Desantis ad, he uses Plain folk and Coat-Tailing. Plain folk was used by having his wife narrate the ad while Desantis and his children built a wall of legos, read Donald Trump’s book for bedtime, and putting his son to bed. The ad felt like it was trying to be comedic, but it turned out as cringy and desperate. The ad only provides two pieces of information, Trump has endorsed him and that he supports building the wall at the southern border. In my opinion I like ads with as much information as possible. I want to know who the candidate is and what they support/believe in.