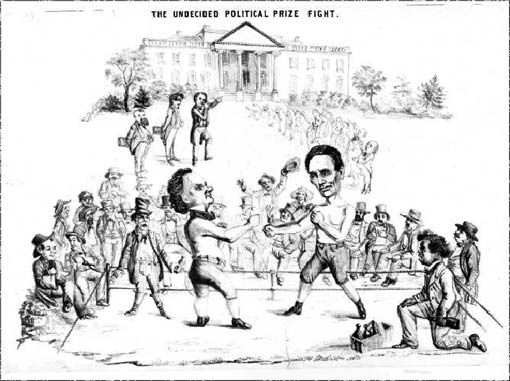 In 1860 the Democrats met in Charleston, South Carolina to select their candidate for President while the Republicans met in Chicago.  Lincoln had became the self made man and the American dream. His debates with Douglas made him a national figure and those debates in early 1860 made him even better known. After the third ballot, he got nominated for President. Lincoln attends debate by a kneeling black man which was Steven Douglas. While these two battle it out a third candidate by the name of John Breckenridge gets his foot in the door and heads to the White House with a line of supporters leading the way. Lincoln received only 40% of the popular votes and 180 electoral votes which was enough to narrowly win the election. 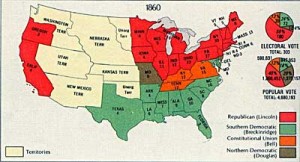 Is their any reason for a state to break away from our Country today?

I think their are a few issues that divide our country such as marriage laws or drug laws and religious values. But I cannot see the states separating from the union for these issues.

Today it is much harder for a third candidate for President to compete like they did in the election of 1860.  Do you think that third party competition in American politics today would be a good thing or a bad thing?  Do you think it is even possible?