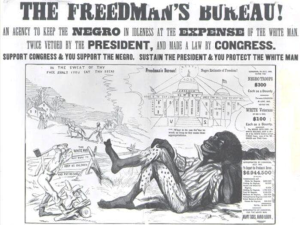 Reconstruction was a period in American history after the civil war. They had to rebuild southern cities, railroads, and farms that had been destroyed during the war. The major work of reconstruction involved restoring the membership of the southern states in the union.

The civil war ended on April 9, 1865, when the confederate General Robert E. Lee surrendered to the union General U. S. Grant at Appomattox Courthouse in Virginia. The ratification of the 13th Amendment put an end to slavery throughout the country, the southern states adopted new constitutions and formed governments that allowed the participation of black people. These states were then permitted to rejoin the union, but it did not take long for the process to begin to fall apart. Many southern whites continued to believe that blacks were inferior to them and should not have equal right.

Southern whites were often upset with new legislation passed by blacks or  northern“ Yankees”. Segregationist and racist hate groups like “ the Ku Klux Klan”, emerged to maintain whites and intimidate black voters or any whites who supported them and although there was some industrialization, the religion remained committed to an agricultural economy and used sharecropping as a legal means to ensure that blacks would still work the land that whites still owned, they also passed voting restrictions and “Black codes” to suppress the rights and opportunities of African American’s.

Reconstruction has to be considered somewhat lacking in that the issue of how white America dealt with black America was never quite resolved. The fundamental issue of reconstruction involved attempting to bring together the northern and the southern states, there also was the fundamental issue of the “color line”.  States  remained very regional and sectional in their culture, economy and society.
This was a reality that was quite fully understood at the time and its premise was never quite dealt with. The fact that segregation practices became common in the south only proved to exacerbate the regional tension between both, reconstruction has to be seen as something that had more problems to solve that weren’t solved than more deliverance of positive elements for all of America. 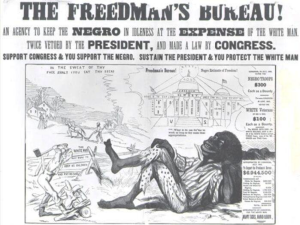 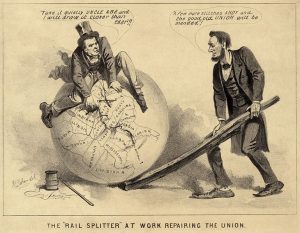 Constitution: a body of fundamental principles or established precedents according to be governed
legislation: laws, considered collectively
industrialization: development of commercial enterprise
sharecropping: system of agriculture in which a landowner allows a tenant to use the land in return for a share of the crops produced on their portion of land
premise: a previous statement or proposition from which another is inferred or allows as a conclusion
segregation: action or state of setting someone or something apart from other people